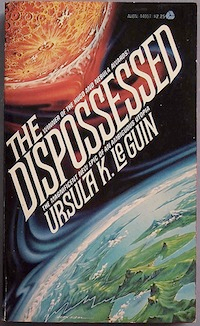 The Dispossessed is a perfect novel. It is great not just because of plot, characterization, or prose, but because Ursula K. Le Guin structured it in a way that makes it almost an architectural marvel. The general plot is fairly basic – in the Tau Ceti system, there is a binary planet – a system in which two planets orbit each other. The original world, Urras, lush, green, and rich, is at the mercy of a massive revolution led by a woman named Odo. To defuse the situation, the government makes a deal with these Odonians to send them to Anarres, the other world. The revolutionaries take the deal, even though Anarres is basically a planetary desert. The story opens a couple of centuries later, when a famous Anarresti physicist, Shevek, is invited to Urras to help work on a mathematical equation which would enable faster-than-light travel. He heads to Urras on a journey that will finally unite his people and make life better for everyone, the end. Except Le Guin puts it together in a way that makes it so much more complicated and rewarding.

Science fiction is a spectacular vehicle for social critique, as it can either propose worlds and social constructs that have never existed and show how much better they are than what we have, or mirror and exaggerate the systems we currently live by in order to scrutinize the problems inherent in them. The Dispossessed accomplishes the latter. The binary planetary system does more than separate an Earth-standard planet from a worldwide desert, it separates a world of capitalists from a world of anarcho-syndicalists. Shevek, the protagonist, comes from Anarres, the anarchist moon. He is raised in a society where there is no such thing as wages, where if someone needs something they just go and pick it up at the village dispensary, where room and board is free and people can do or not do mostly what they want, except for work necessary to support society (farming, sewage treatment, construction) that all members do in short rotations. This society stands in sharp contrast with that of Urras, which is propertarian, patriarchal, and filled with nationalist conflict. It is a stand-in for 1970s Earth, complete with a world-dominant continent-wide capitalist country (A-Io) and a nation with a massively centralized and authoritarian government resulting from a workers’ revolution (Thu). A lesser author would have used the moon dichotomy to demonstrate how evil and backwards the Earth stand-in is. Le Guin is not a lesser author. Her exploration of the contrast between the two worlds is complex and subtle for two reasons. One is that the anarchist from Anarres who visits Urras, Shevek, is not the righteous voice of morality, come to indict a degenerate culture. While some parts of Urrasti society do disturb him, he mostly just does not understand it. When he is shown into his private quarters on Urras, they are so big he assumes he is to share it with three or four other people. His mind is blown by the amount of water wasted when he flushes the toilet. When he asks his scientist companions on Urras why there are no women scientists, they answer with a lot of claptrap about differences between the genders, the purity of women, and the intellectual superiority of men. In one of my favorite tongue-in-cheek exchanges in all of literature, Shevek explains how things are on Anarres:

“Well, there are many in the sciences, yes.” [Shevek responds]

This simple exchange highlights the absolute gulf of understanding between the two societies – Shevek cannot see why you would waste half of the human race, while his companions are horrified at anything that challenges male primacy. 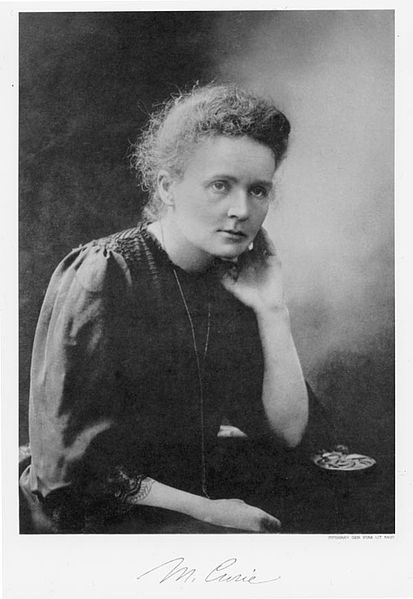 The second reason the story is subtle and complex is that, although people try to be equal above all on Anarres, and people try to extend their own power and make money above all on Urras, Le Guin does not set up an all good/all bad dynamic. When Shevek first sees the open, green fields of Urras, he is taken aback by how beautiful everything is. When he sees their workers, he is surprised at the ingenuity, drive and desire that they exhibit – to him, any work done simply for money is inherently debasing and demoralizing, so he cannot reconcile the quality and effectiveness of Urrasti work with what he has been taught his entire life. On the other side of things, the completely egalitarian society of Anarres is not without flaw. It becomes clear as the story progresses that there is something not quite right. Power has a tendency to cohere, thicken, and spread. While nearly everything on Anarres is decentralized, no society can work without some type of organizing force. This force on Anarres, the PDC, is responsible for inventory, personnel, and communication worldwide. It started out as just a coordinating body, but its members have won themselves a type of personal power. For example, if a scientist wants to publish a paper that the PDC does not agree with, it will not get published. Someone of whom they disapprove might have trouble finding a job that matches his or her skill set. A math teacher could end up being assigned to dig ditches every single work rotation instead of receiving a teaching post. Anarres is still held up as a “better” society, as some true atrocities are committed on Urras, but the flaws in the “good” example and the beauty in the “bad” example serve to show that nothing is ever perfect, and nothing is ever all one thing or the other. The answer is just never that simple. 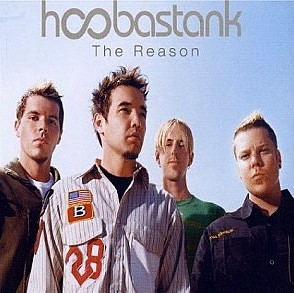 Unless the question is “Is Hoobastank a good band?”

Most well-known science fiction is a normal story that simply happens to take place in a universe where technology is extremely advanced. Star Wars: A New Hope could easily have taken place in a much less advanced society with just a few plot changes. Some Star Trek episodes deal specifically with problems that come from advanced technology, but many are simple shoot-em-ups where the cowboys have absurdly complex toys. What is glorious about The Dispossessed as a science fiction novel is that science is at its core. The entire motivation for the Urrasti to receive Shevek on their planet is because he is the most brilliant physicist of the century. He is on the cusp of working out the General Temporal Theory, which would enable instantaneous travel over interstellar distances. Propertarians that they are, the Urrasti invite Shevek to their world so that they can own the completed equation. What exactly does the equation accomplish?

The General Temporal Theory, if completed, would unite two seemingly contradictory theories of time. In the novel, sequency physicists believe time occurs linearly, in discrete bits, one right after the other. Simultaneity physicists believe everything is happening all at the same time. There is stiff disagreement between the two camps, but Shevek, the brilliant scientist, believes the theories can be unified. If everything is happening all at the same time, and the sequence of step-by-step time that we perceive can be linked to simultaneity, then there is no obstacle to having a ship wink out of existence in one time and place and wink back into existence wherever its captain wants to take her, as everything is happening at the same time anyway. This represents a huge source of power and profit to the Urrasti scientists.

We are gonna monetize the shit out of this.

This equation does more than just drive the main action of the book. The entire structure and thematic development of the novel mirror it. Thematically, the book addresses problems created by false division and limns the benefits of unity. Capitalism and anarchism, Urras and Anarres, the self and the group: all of these things suffer from being pulled apart and considered absolute opposites. Structurally, the book jumps backwards and forwards in time, with the odd chapters starting with Shevek’s arrival on Urras, and the even chapters starting with his childhood on Anarres. The even chapters trace his childhood, adolescence, and adulthood on Anarres, and the odd chapters cover his adventures on Urras. The chapters saw back and forth until the last even chapter is Shevek and his wife discussing a possible trip to Urras, and the last odd chapter is Shevek returning home from Urras. The chapter design itself leads to unity between the sequency and simultaneity of time.

Le Guin pulls so much off with this book. She crafts a novel that shows all the true subtlety and real problems of moral governance. She organizes it so that science is not just its setting, but its main driving force, absolutely essential to the plot and theme of the book itself. The science fiction here is not laser guns and biological horrors, but clear, cold math alongside a profound exploration of the impact of that math on the societal underpinnings of two civilizations. Le Guin refuses easy divisions and classifications, she refuses simple morals, and she refuses easy answers. It is something for which all science fiction writers, and all writers in general, should strive.