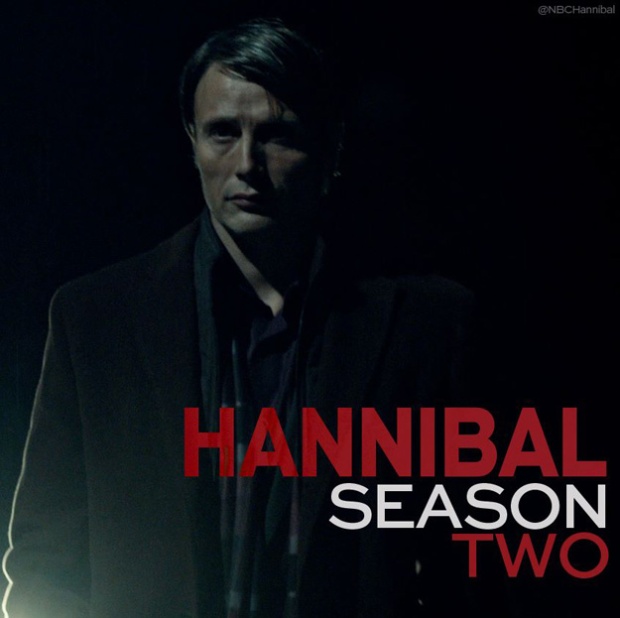 I’m a huge fan of the first season of NBC’s Hannibal, with Mads Mikkelsen in the eponymous role and Hugh Dancy starring alongside as the ever-lovable Will Graham. It was a literal phantasmagoria of the culinary and the sociopathic. The episode names were, in order, all the courses of a full, formal French menu, and it was quite like eating a slow, delicious meal over the course of the season. Would Will Graham be framed? Would they catch the nefarious Hannibal? Each episode brought us closer to a pulsing edge, pushing our palates further than we had known, not only in terms of character development, but also in exquisitely crafted shots of food juxtaposed with the grisly doings of our dear Dr. Lecter.

I can’t spoil the ending of the first season for you uninitiated who, particularly and with great haste, still need to watch the show. The ancillary characters provide welcome relief from the steadfast and grim tone. Will, our protagonist, has a sort-of love interest. There’s some humor provided by the medical examination team. But at the core of the show is its unique set of symbols: the dark stag (representing Lecter), the kitchen knives, the disfigured clock. These symbols appear over and over, building in their usage and intensity as the show plays out. Suffice to say, do yourself a favor and watch the first season.

Now, for those of you who caught the first episode of season two, what? I mean, what? Where is the trademark, always-stylish gore? Where is the saucy game of cat-and-mouse? We’re thrown in media res to a scene briefly, only to travel back 12 weeks into the past, where the season begins. More darkness is hinted at between Gillian Anderson’s character and Hannibal, but what does he have on her? This opener left me with a ton of unresolved questions, doing the faithful job of an episode meant to re-pique your interest after a long lull (termed appropriately on Tumblr as the “HeAteUs”). I hope we get back to the symbols at the show’s core, but to do that, I think we’ll need a little more Hugh Dancy on-screen. His brief interactions with the dark, antlered man in his mind suggest the obvious: that Hannibal inhabits his mind; but we don’t get much more than that. I’m hoping the next episode makes better use of Will’s “inner space.” We can’t just be flashed dark, mythic-looking things without them being held accountable to a reality within Will.

My prediction for this week’s episode: new “serial killer” introduced formally, way more of Gillian Anderson, maybe a flaming stag this time, a lot of people visit Will in prison asking for advice.