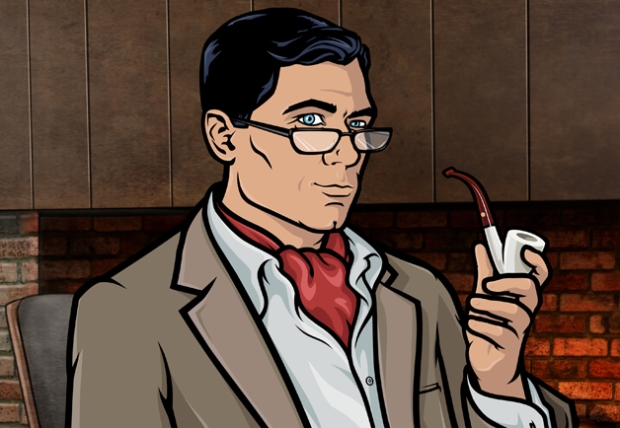 Some weeks ago, I called myself an idiot for missing the point about Archer. I talked about how showrunner Adam Reed succeeded in keeping Archer fresh by making the show about the characters and the stakes rather than the setting. I suggested that those truths made the show’s shift to Archer “Vice” — this season’s change in setting from a spy agency to a series of international cocaine deals — a change that didn’t matter. It wouldn’t mean a thing, I said.

Archer “Vice” (henceforth just Archer) turned out to be 13 weird episodes that showcased just how far a show can fall. Archer is a great show that found some purchase with viewers after establishing itself. All it apparently took was this season’s reboot to destroy that following: Archer‘s ratings dropped by nearly half from last season.

In the 12th episode characters question out loud why they are making certain decisions. When a character unlocks a jail cell the prisoner asks her where she got the key. She says she has no idea and the situation is dropped. Another character — one of the relatively important “bad guys” in the season — is killed (by a tiger, for just about no reason) because the show runs out of stuff for him to do. There’s no explanation given for some of the stupid decisions, and most of the best parts of Archer have revolved around people finding reasons for seemingly senseless acts.

An important point here: No one on Archer is ever “random.” They make mistakes because they’re stupid, or selfish, or shortsighted. They succeed because they make the right decision for the wrong reason. These things don’t just happen, because that wouldn’t be funny or interesting. The good part of Archer has always been the why, and this season was far less interested with why.

As for the finale itself, I won’t give away the ending because it’s still worth your time. It’s good at what Archer is good at: depth, character development, and a hard reset. Without giving it away, I can still mention that the jokes are terrible. Archer has always been about mixing “high” and “low” at the same time. People set up more complex situational jokes with slap contests and puns. A lot of this season has been lazier one-off stuff, and that is never more obvious than a half-hearted sex joke in the finale that you can even hear Pam’s voice actress not care about as she delivers it. The “stupid jokes” don’t feel like they’re done on purpose anymore. What’s worse, and I would have said this was impossible, is that this season of Archer just wasn’t very damn funny.

I didn’t watch How I Met Your Mother, but it provided an interesting commentary on television and disappointment this year. People waited and waited to see how the story would wrap up, and they seem to have been, for the most part, disappointed. People often couched their anger with the ending in a kind of “I deserved better” sentiment. The argument seemed to be that they felt “owed” a better ending for the time they invested. We feel like television is part of our life experience now. We meet people and we get to know them. Even on a joke machine like Archer, we meet people and we want to be interested in their lives.

Adam Reed doesn’t owe me better episodes of Archer, but he might want to consider making some next season anyway. I rather like this show, and another season like Archer “Vice” will probably be the end of the series.