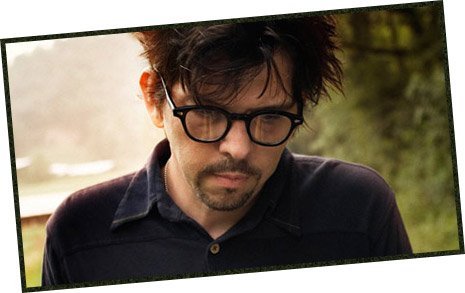 Mark Linkous of the band Sparklehorse had a singular vision and improved it with each of his four studio releases. He was an auteur with enough DIY-ness to impress a Fugazi fan. He recorded his second album in a room of his Virginia home, and two subsequent albums in his backyard shed-turned-studio. It may not seem like a big change, but you can hear the difference. The final two albums teem with texture and shadowy sonic alcoves that demand repeat listening. But don’t get the impression that he’s a “difficult” artist. His music has that chest-crushing nostalgic quality that can only be compared to Mark Kozelek’s earlier work with Red House Painters. And as with Kozelek’s music, as soon as you get sucked in, you’re sucked in for good. Because Linkous possesses the practiced ability to instill in you, dear Southerner, the feeling of that April pre-storm heaviness in the boughs. If you will.

Like his ‘90s post-Pixies predecessors, Linkous found that balance between sweetness and raucous noise, but rode it better than Billy Corgan or even Kurt Cobain. On most tracks he sings with a gold-shot sweetness of dust mote attic worlds, haunted forgotten places. You get the feeling of post-industrial Southern ruralness, of places where machines lie ruined in the weeds. He fetishizes southern knick knacks to the point that you feel nostalgic for those boxes of broken dolls and nails in your grandmother’s attic. His lyrics are full of that warm summer madness.

I am
The only one
Can ride that horse
Th’yonder

I’m full of bees
Who died at sea

But he can also get boisterously angry. On tracks like “Pig” (Good Morning Spider, 1998) his guitar sounds like electrified chicken wire. And his lyrics are written to match.

If that’s not the anthem for your sensitive Southern rocker, I don’t know what is.

It is pure conjecture (arrived at while watching a documentary on the band, and a background in special education) that I believe Linkous could have had Asperger syndrome. His lack of social graces, introverted nature, and disarming politeness convinces the listener of his starry-eyed tenderness. When he croons “It’s a wonderful life,” he does so without irony (his band’s name is Sparklehorse, for God’s sake). Add Linkous’ tragic suicide in 2010 and antecedent drug overdose and the listener more fully intuits Linkous’ headspace, that continental divide between whimsy and ire, between buzzing warm cicada fields and the buzzing roar of his electric guitar.

When he was alive, he was hailed by Radiohead as their new favorite band, offered a collaboration with Tom Waits and PJ Harvey, and adored by critics. It’s because he was authentic. And his music perfectly embodies the South: that point where dreaminess and dreariness conflate.

What to listen to

As was stated above, Sparklehorse had a vision that only got better with time. Listen to the albums in reverse chronological order: