Snowpiercer is a delightful sci-fi concept film. The concept is that, amid concerns of climate change, humanity released a relatively untested “cooling” chemical into the upper atmosphere – an anthropogenic solution for an anthropogenic problem. By the way, if you are a person who still denies that something is happening to the climate and that humanity is largely responsible for it, please leave. Even offering a counterargument to deniers is creating a semblance of rational disagreement and debate, which only serves to allow major actors to continue down a path that, unmitigated, will quite literally end the world as we know it. Many scientists are worried that there is a point of no return, and that, once we pass it, there might be a runaway greenhouse gas effect that will radically alter the makeup of the only known body in the solar system that can support human life. Current governmental response to it is insane. Not only are they not freaking out, a full 58% of Republican lawmakers – over half of one major political party – doubt that it exists. The people responsible for legislating measures that might save us aren’t doing anything because a quarter of them are idiots. As a brief aside – a lot of climate change deniers are also evolution deniers. Evolution denial is similar to climate change denial, if the consequences of denying evolution made the whole human race lose their neocortex. That’s the thing – you can deny evolution all you want, and it will change nothing. Dismissing sound climate science, or even just fostering the appearance of any debate on the issue, weakens our ability to respond, in a measured and timely fashion, to a set of circumstances that could lead to mass famine, destruction, and loss of life. I don’t get it. During the Cold War, everyone was terrified of the world ending in a nuclear holocaust. There’s an outside chance the world might end if we don’t stop freely burning fossil fuels, and about a quarter of us are responding with  “Eh, fuck it.” (25% being the rough number of people that actually deny it. Probably a lot more don’t give a shit).

In Kim Stanley Robinson’s Mars trilogy, around 2128, Mars and its citizens stood as an oppressed colony of Terran corporate interests. Martians get a fighting chance when a major humanitarian crisis strikes Earth and diverts resources from harvesting efforts on Mars to relief efforts on the homeworld – the West Antarctic Ice Sheet collapses, dooming all Terran coastal areas with slow but inexorable inundation. Robinson, writing a far-future novel in 1996, trying to think of a semi-plausible disaster for purposes of his plot, came up with that. It happened eighteen years later. If that isn’t enough to terrify you, a science-fiction author’s future apocalypse scenario coming true less than two decades after his book was published, I don’t know what is.

Anyway, they release this quick-fix chemical into the upper atmosphere, and the immediate consequence is that they cool the Earth to far below the threshold for sustaining an ecosystem. All life on Earth is flash-frozen, save for a small enclave on a constantly-moving train run by a perpetual motion engine. Snowpiercer is a great example of the type of science fiction that takes a real science problem from the world, extrapolates it, and then uses it as a backdrop to have Captain America beat the crap out of people. Chris Evans, of Captain America fame, plays the rebellion leader Curtis Everett. Don’t come here for that though – other than hitting people with blunt (or sharp) objects, he’s not very Captainy. This film is way too grim for that. 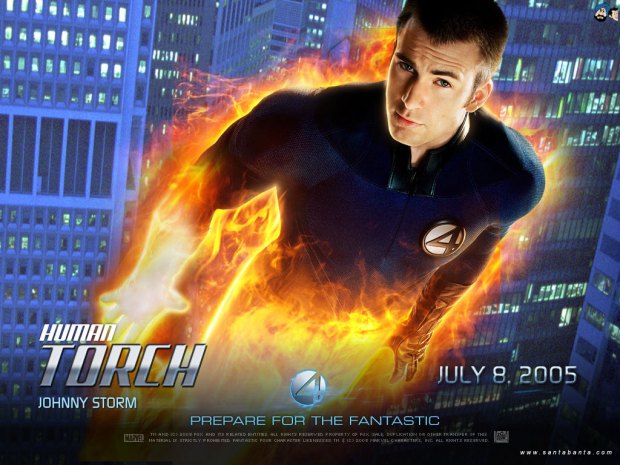 He also starred in this movie. We do not speak its name.

The grimness comes from the fact that on the train housing the last remnant of humanity, you have your first-class passengers, your coach passengers, and your oh-my-god-the-world-is-ending-let-me-on passengers. This last category is kept in constant poverty and misery, beaten by guards, and despoiled by the rich. They eat protein gelatin while first-classers eat steak and fish. They pile in squalid bunks while the rich lounge in private cars. The whole drive of the movie is Chris Evans’ character fomenting a rebellion, the stated purpose of which is to reach the front of the train and gain control of the engine, thus gaining control of the entire train. There is a lot of ingrained hierarchy and a lot of guards in place to keep them from doing just that. There is also a lot of propaganda, whereby the owner of the train is cast in a numinous aura of near-godliness. The lead propagandist is probably my favorite character in the film, and she is played marvelously by a ridiculous Tilda Swinton.

The most remarkable achievement of the film is its transformation of the vertical, metaphorical rich on top/poor on bottom dynamic into a horizontal, literal rich in front/poor in back dynamic. The protagonist and his band struggle through car after car, moving from industrial-revolution level squalor, to clean and economical, to absurdly elegant and polished. This results in visual cues signaling Curtis’ progress – the further up he gets, the nicer everything is. It is a physical diorama of oppression. Another thing the film does nicely is the action – there is plenty of gritty, bloody scuffling as they inch forward to the engine. Much of the killing is done with improvised weaponry, as the oppressed poor are of course not permitted firearms. Some of the scenes, while not nearly as cool, reminded me of the transcendental hammer hallway fight scene from Oldboy. If you have not seen Oldboy, it is on Netflix. You should probably see Oldboy. Here’s the scene I’m talking about:

This is pretty much what happens as they move through the train cars.

The movie is well worth seeing. Its idea-driven plot, its ambition, its worldbuilding, and its unique sets more than win it the right to your time. However, it does fall apart in some areas. First off, the majority of the characters are pretty simply sketched out. There’s no real change or development throughout the film. Also, the ending is one of the stupidest things I’ve ever seen. It’s fine, it’s fine – I still like the movie. But watch out for that ending. Overall, it’s nice to see small concept-driven sci-fi being produced as opposed to ginormous explosion-driven sci-fi (cough Transformers cough). Take an afternoon for yourself and check it out.