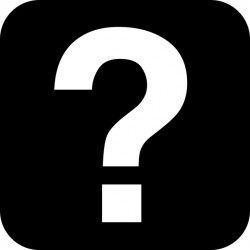 What are your pet peeves?

Rules are simple: WHAT MAKES YOU SO ANGRY YOU TYPE THE INTRO TO A THING IN ALL CAPS?

People… who talk online… like this… I want Twitter to have a function that deletes your tweet if it ends in an ellipsis. You see it all day. People don’t understand what it means and they just trail off all of their little missives into the world. Caring about Twitter punctuation might be the most curmudgeonly way to answer this question, but it always reads to me like someone’s doing the textual version of “Not to be an asshole, but…” You’re still being an asshole.

My biggest pet peeve is people eating with their mouths open. I live in a country and region of the world where it is common and widely accepted and it grates my nerves to no end. It is so irritating to me that it might be a relationship-breaker for me. It tends to be the only thing I can focus on during meals and it just kills me.

As I get older, the pool of things that annoy me shrinks. I feel this is an evolutionary adaptation, because if a sixty-year-old’s heart had to put up with the level of indignation experienced by your average teenager, the AARP would not exist. One pet peeve that has not fallen by the wayside deals with word usage. My fascination with reading stems mostly from an obsession with words, how they are put together, and what they can do. The more you know, the less you should use, like a kung fu movie hero who only fights when absolutely necessary. It’s always the people he beats the crap out of at the end that are the flashiest at the beginning, and their flashiness is the result of insecurity. An incisive, well-placed common word is a lot more effective than a bloated, ludicrous, damned-near archaic word. My pet peeve is when people use ungainly, gigantic words just to show they know them. There are many tiers to this offense, ranging from misdemeanor to outright felony. If you study reptiles for a living and someone asks you what you do, it’s okay to say “herpetologist,” because that’s what you are, and saying “I’m a snake herder” sounds a bit strange. If you use “pulchritudinous” instead of beautiful and “tintinnabulation” instead of ringing, you should be fined because you like hideous words and you don’t care if other people have a clue what you’re saying. If you use “hermeneutics” while discussing a TV show at a bar, you are a monster. If you use “hermeneutics” incorrectly while discussing a TV show at a bar, you are a dumb monster.

The words quite, indeed, perhaps, and rather. They’re foppish.