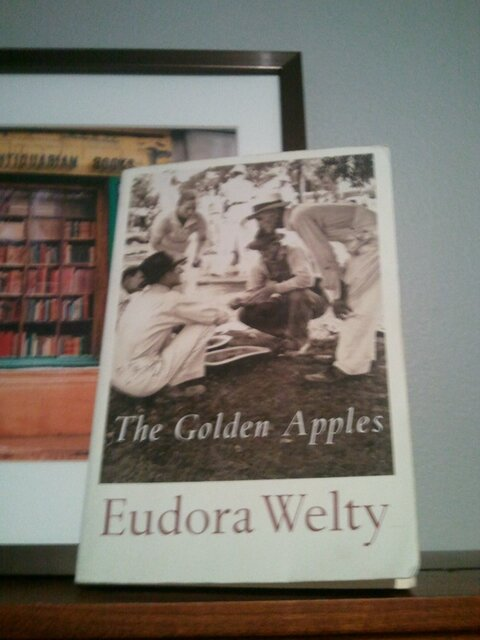 The Golden Apples is a collection of interwoven short stories about a town called Morgana, Mississippi. It explores the people, places and values of the town. It is very similar in structure to The Dubliners, except instead of Dublin it’s focused on Mississippi. Mississippi is a weird place. Like New Jersey, it has very specific associations in the national consciousness. Like New Jersey is supposedly hideous, marred by endless highways, and filled with people who only care about gym, tan, and laundry, Mississippi is supposedly just farmland, devoid of culture, and filled with fat racists. The problem with national preconceptions about different regions is that they are held mostly by people who have never been within 300 miles of those regions.

This is New Jersey.

That is to say – they might be based in part on fact, but the resulting ideas have usually been extrapolated beyond all semblance of reality. Mississippi definitely has problems. One prime example is that in 2009 (2009!) students at a Charleston, MS high school had their first integrated prom. Yea, sure, that’s messed up, but that doesn’t mean the entire state is full of ignorant people. The artistic contributions of Mississippians to American letters are staggering. You have the old, dead greats like Faulkner, Richard Wright, and Tennessee Williams. You have bestselling authors like John Grisham. You have current show-stoppers like Donna Tartt. Eudora Welty was a Mississippi author, and she was the equal, or close to it, of Faulkner. One of the things that made her so great was her command of language.

Her skill with language is two-fold. First off, Katherine Anne Porter once said that Welty had “an ear sharp, shrewd, and true as a tuning fork.” Her dialogue captures exactly how people actually say things, which is one of the first talents to disappear from the output of an author as they slide from first to second-rate. To give an example, this is what one character says in response to a question asking why she spent so long at her sister’s:

“I was comin’ back. Sister’s place a place once you get to it — hard time gettin’ out.”

This communicates the dropped g, the dropped “to be” verb that indicates casual Southern-accented conversation, but more importantly what happens towards the end of the sentence reflects what people actually sound like when they speak – the pause, the abandonment of the old syntax, the start of a new sentence, not grammatically correct, as a new and better way to say what you’re saying occurs to you mid-sentence. Another example, pulled from a group of people talking about a daughter’s behavior:

“Daughter wouldn’t run off and leave her, she’s old and crippled.”

“Left once, will again.”

“That fellow Mabry’s been taking out his gun and leaving Virgie a bag o’ quail every other day. Anybody can see him go by the back door.”

What stands out here is the “Left once, will again.” Completely wrong sentence. Everything is implied, nothing is clear. This is never what people would say in an official paper or newspaper article. Thing is, it’s exactly what people say in conversation to save time. In the context of the conversation, the referents are absolutely clear. Many high-level writers have trouble writing dialogue in a way that does not reflect the correct language drilled into them in grade school. Welty has no such difficulty.

She also just uses language really well. Her diction is not absurdly recherché, but it is dense and powerful. She packs a lot of meaning into collections of simple words, which is more impressive than sending your poor reader to the dictionary endlessly. Following is an excerpt from one of the stories in which Miss Eckhart, the old emotionless piano teacher, surprises her pupils when she plays.

Coming from Miss Eckhart, the music made all the pupils uneasy, almost alarmed; something had burst out unwanted, exciting, from the wrong person’s life. This was some brilliant thing too splendid for Miss Eckhart, piercing and striking the air around her the way a Christmas firework might almost jump out of the hand that was, each year, inexperienced anew.

In simple and clear language, Welty deeply explores the issues of childhood innocence, of the depths of human emotion, and of the discomfort we feel when confronted with the unexpected. This depth-through-simplicity is a feat she pulls off repeatedly throughout the book. 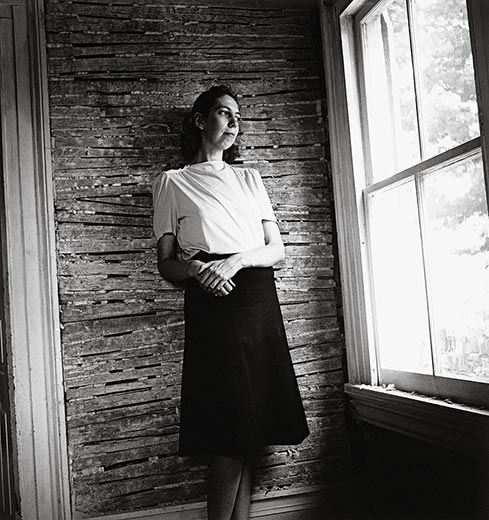 Here she is, looking out the window and thinking words that are probably already better put-together than anything you’ve ever put on paper.

The Golden Apples is a strange book. It does not have a strong message like 1984 about the dangers of totalitarianism or Catch-22 about the absurdities of war. Its themes revolve around the importance of family, identity, and community and the intersection among them, but instead of making a clear declaration about them, Welty is content with exploring them profoundly. Each story moves forward in time, so the reader sees the progression of different important characters as the town and the families within it grow and change. The main impression this book leaves upon completion is density – all the themes, motifs, and characters in the different stories have been exhaustively explored using a minimum of words – meaning is coiled and pressed heavily into each syllable.

Due to how tightly-packed it is with significance, it is not at all a beach read, but it is one of the most important books I’ve ever read. It is a meditation on life, emotion, struggle, and resolution. It does not have the answers, only the exploration. It’s a tough climb, but it’s worth it.