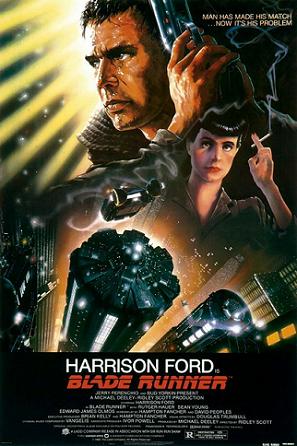 There are four possible responses to the question “What do you think of Blade Runner?” One is “I enjoyed it,” to which the correct response is “Yeah, me too.” The second is “I haven’t seen it,” to which the correct response is “You have a finite span of time on this Earth, and you are using it poorly.” The third is “I do not know what that is,” which, honestly, why do you know this person? The fourth is “I did not like it,” which, good Lord, what is wrong with humanity?

Blade Runner is without a doubt one of the most polished science fiction films of all time. It made kind of a weak showing at the domestic box office, but its influence spans decades and it makes appearances on most “Best Movie” lists, from Time to AFI. Its initial cult status and later critical success spring from Ridley Scott’s genius worldbuilding. In and around a satisfying film noir shoot-em-up, Scott weaves a vivid world dripping with the ominous tones of the film at large.

Before getting more into that, I want to talk about the weirdness of the other mind involved in the project, Philip K. Dick. Blade Runner is based on PKD’s 1968 novel Do Androids Dream of Electric Sheep?. Both the film and the book deal with the question of what constitutes humanity, and what happens to those who do not make the cut. These concepts are pretty vanilla compared to PKD’s other work, in which protagonists regularly consider not the authenticity and substantiveness of their fellow humans, but of reality itself. In Ubik, the protagonist jumps multiple realities and has no way of knowing which one is “real.” In “The Adjustment Team,” (released in theaters as The Adjustment Bureau) the way reality and the world are is under the control of an unseen organization that completely, and completely behind the scenes, manipulates events. This sounds insane, right? That might be because Philip K. Dick was a little crazy himself. He spent the last years of his life convinced that an entity called VALIS was communicating with him via a pink, information-rich beam of light, and that he was leading a dual life: in one, he was an author in the 20th century, and in the other, he was a persecuted Christian living in 1st century Rome. Yup. Whatever – his perception of the world led to a lot of inimitable SF. 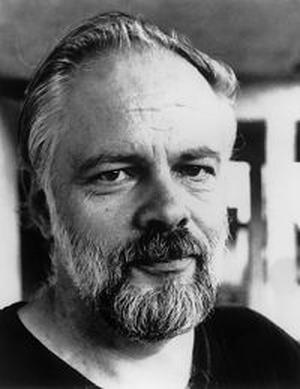 The story of PKD’s life is so appealing in an ironic tragedy way because he spent most of his life poor as dirt, even while writing like a fiend. The stories and novels that were being accepted by publishers were not making him a lot of money, partially because they were genre publishers, which did not pay nearly as much as mainstream. After going through a fairly rough life in which he experienced five broken marriages, anxiety and other mental problems, and a disheartening lack of commercial success, he died right before Blade Runner was released. The irony is that while living, his art won him little money, but posthumously his estate has overseen the transformation of eleven of his books and short stories into major motion pictures. For comparison, Stanley Kubrick only has sixteen directing credits. The gap between PKD’s level of success while alive and while dead is absurd.

Blade Runner initiated this posthumous stream of cash from Hollywood to PKD’s descendants. It is a very well-put-together tech-noir film, in which one taciturn guy, Harrison Ford, is pulled back into the police force he has retired from to hunt down androids escaped from offworld colonies. Androids do not have the same emotional responses as humans, so “blade runners” (those tasked with hunting androids) administer a special test that measures iris contraction, breathing patterns, the blush response, et cetera. If you pass the test, you are human. If you do not, you get shot. Sure, this movie is exciting or appealing every second of playtime. Sure, Harrison Ford playing a cynical ex-cop is perfect. Yes, the reflections on what life means and the internal struggles of a constructed entity are important. What gives the film most of its power, however, is Scott’s painstaking, industry-changing construction of LA in 2019 (ha).

This is what LA is supposed to look like in five years.
Scott’s future LA has people swarming in the streets, monolithic, light-blocking buildings, heavy Asian cultural influences (multiple times the protagonist stops to get noodles for fast food, and English is not necessarily the most common spoken language). Genetic engineers have become so talented that they can create human eyes, bodies, and brains. Flying cars are happening, which, why does everyone think flying cars will be a thing? The differences in technology and culture are only part of what Scott accomplishes. His set design is astounding. In all the exterior shots, we see an LA swarming with people, close packed in the alleys, standing in the rain. Sunlight never makes an appearance in this film. Buildings are monolithically, absurdly huge, plastered with massive moving billboards advertising common products. All of this is so well-done and so threatening the environment itself is almost another character in the film. The strange appeal of the environment is part of what established this movie’s initial cult reception, and I think part of that appeal comes from the plausibility of the imagined future. Urbanization exploded in the mid 20th century, and a few years ago we just crossed the line where now more than half the people on Earth live in cities. As this trend continues, it is absolutely believable that future cities will be dark, dank, crowded, and menacing. Here’s hoping we are headed to a future with the flying cars and without the dense mass of desperate humanity swarming through a bleak cityscape.