Remember the pulps? The old science fiction, mystery, and fantasy magazines published on cheap paper and read in the Golden Age of SF on trains, on buses, and by flashlight under blankets after bedtime? Well, they are still alive, well, and thriving. At the very least, dozens (link takes some scrolling down) are still publishing stories and paying authors. It is a vibrant, vital part of SF, but many superfans who have read every book Asimov ever wrote or won costume contests at ‘cons overlook them. There are tons of them, but two of the most famous are Analog and Clarkesworld. There are many benefits to reading these magazines.

First off, these rough, newspapery pages contain plenty of variety. Each magazine is usually filled with (shortest to longest) short stories, novelettes, and novellas, so the reader can choose how much time they want to invest and pick up the magazine for ten minutes, thirty minutes, or an hour. They are also full of informational articles that range from editorial commentary, to the state of the field today, to straight scientific fact to supplement the fiction. An article I just read in Analog explained some of the risks of climate change, and the factoid that stuck with me was that, if Greenland’s glaciers melt, the inundation of freshwater into the ocean might stop the North Atlantic Current, which currently brings warm air to Great Britain and keeps it relatively warm. Without this current, it would have a climate comparable to the Yukon. In addition to the variety of features, the collection of stories itself is extremely diverse. Just glancing at the table of contents of the November 2014 issue of Analog, there is a story about a Venusian colonist’s transport breaking and her having to survive in the high-pressure, acid-rich cloud layers of Venus while avoiding falling to the certain-death lower levels, another story about a convict with a life sentence appealing that sentence due to new immortality treatments rendering it a cruel and unusual punishment, and another whose plot concerns an AI who went on an apparent spree murdering dozens of his fellow AIs. Within that small sample, three of the eight stories on offer in the magazine, there is a story that deals with space colonization, one that deals with the social impact of longevity treatments, and one that touches on the dangers and nature of AI. That’s a broad range, and no matter what your interests, you’ll find something that interests you. 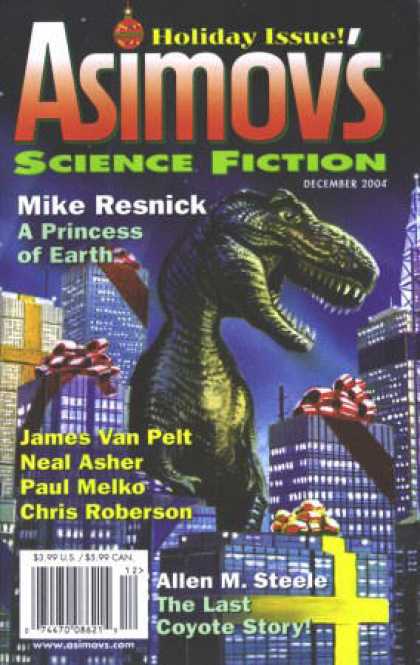 The next major reason that getting a subscription to a few of these is worthwhile is that the publishing environment fostered by the editors of these magazines fights off the bloat of success. Everyone who has read serial fantasy especially has run across this phenomenon: an author writes an amazing first novel that sells on a galactic scale. It is entertaining, the plot is tightly woven, and the characters are identifiable. The second and third entries are similar, but then the quality nosedives, and all of the sudden you are reading about characters you don’t care about in locations that bore you to tears while learning about the finer points of societal etiquette, which makes you feel like you’ve fallen into cotillion class as opposed to the rough-and-tumble who-dares-wins environment of the first book. This, friends, is because the author’s name is now more important than their work. The publisher knows that, whatever is written, it will sell a gazillion copies, so the editor backs off and the book bloats and bloats and bloats. Not so in the magazines. First, the stories average around 5,000 words, so the author has very little time in which to communicate what they need to. Characters, setting, and conflict are all usually extremely clear in the first two pages, after which the action goes gallivanting off towards resolution with nary a hesitation. Second, the editors make choices based entirely on what they think will give the readers who buy their magazine reason to buy it again: stories that entertain. If the characters are hard to identify with, if the ideas and technology explored in the story are not interesting, and if there is no satisfying plot, the editor will not buy the story and the magazine will not subject you to it. It is a hardscrabble environment where only the leanest, fittest stories survive. 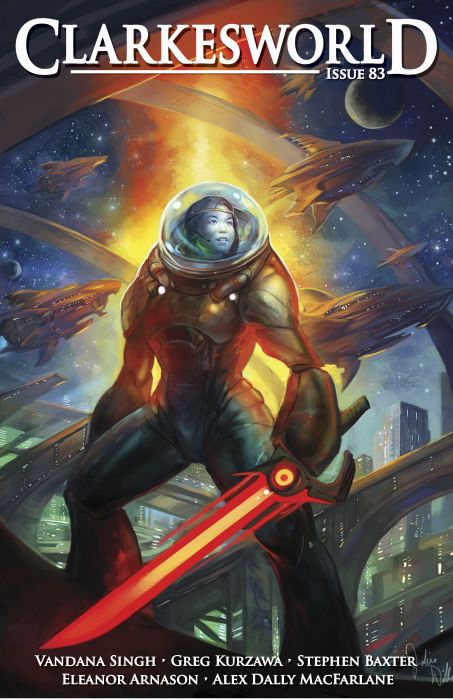 Let’s assume I have you convinced, and you’re raring to subscribe to a magazine or three. Where should you go? Analog Science Fiction and Fact is probably the most storied. It started life as Astounding Stories in the 1930s, and a few name changes later stands as the longest-running continuously published magazine in the genre. Its most famous editor is John W. Campbell, who is to Heinlein and Asimov what Max Perkins is to Hemingway and Fitzgerald. It is old, it is established, and it is a must-have for anyone starting down this path. For a shot of the new, check out Clarkesworld Magazine. Started in 2006, it has grown quickly. It and its authors have been nominated for and won the Hugo multiple times. It has achieved a huge profile in a relatively short time mostly due to the quality of its stories, but also because of its distribution method. It exists almost entirely as an online entity, with all of its stories available for free online in text and podcast form. A physical anthology is published each year, and ebook subscriptions are available, but the free podcast is the best way to experience the magazine. I listen to podcast stories relatively frequently, but so many readers have either a voice not suited to hold attention or one made so goofy by putting on a radio announcer style that I have trouble getting into the story. Not so with Kate Baker, the reader for every Clarkesworld podcast. Her voice is clear, normal, with enough variety to hold attention but not so much you feel you’re listening to a circus impresario. I recently listened to her read “Seven Years from Home” by Naomi Novik, one of the most satisfying world-building stories I’ve seen this year. It’s quality, it’s free, it’s multiformat, and you can check it out now with no commitment.

The magazine market is vital to the science fiction community at large. There are the monuments of the genre, the Neuromancers, the Stranger in a Strange Lands, and the Do Androids Dream of Electric Sheep?s, but the beating heart of SF is in these magazines, where the work of old pros and new blood meet and keep the body of SF as a whole vigorous and alive. Do your part to keep SF healthy and subscribe.