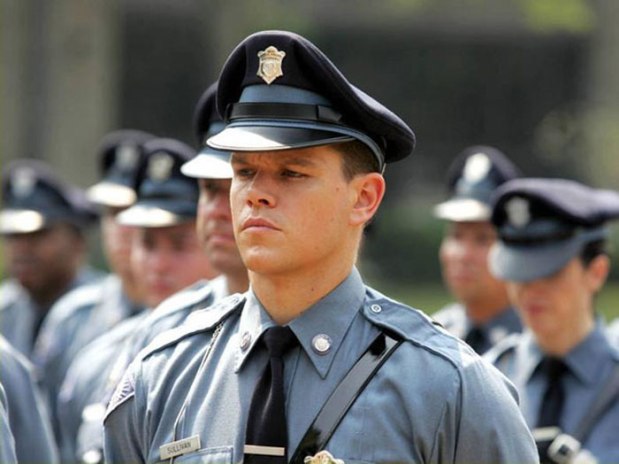 In “Worst Best Picture” we search every single Best Picture Oscar winner of all time from 1927 to present to uncover the worst of them all. Conventional wisdom says that 2005’s winner Crash is the worst winner in history. We won’t stop until we’ve tested every last one. Read the the first, our review of Crash, here. All posts should be considered to have a blanket “spoiler alert” on them. Today’s installment is the 2006 winner The Departed. Is it better than Crash?

What is there to say about Martin Scorsese that hasn’t already been said?

He’s arguably the most-acclaimed living director in America. He made Taxi Driver. His reputation speaks for itself, so it’s surprising that The Departed was his first Best Picture Oscar win.

The Departed is the story of two moles: One is a real cop embedded into a fake life of crime and the other is a fake cop raised to infiltrate the police to protect organized crime. It provides the necessary interesting twists and it plays with the idea of loyalty and reality. Even though we know Matt Damon is the fake cop and Leonardo DiCaprio is the fake mobster, it’s repeatedly tough to tell who is in too deep. Kurt Vonnegut said it best: “We are what we pretend to be, so we must be careful about what we pretend to be.”

There’s also Alec Baldwin, Martin Sheen, and Mark Wahlberg as real cops and a series of standard “tough guys” as Jack Nicholson’s crew of bad dudes from Boston. It’s well-acted and immersive, which is tough to do for a movie about mobsters from Boston. It’s a great movie for a reason, but beyond a different take on personal identity and loyalty, there’s not really a whole lot of message.

The Best Part: There are lots and lots of movies like this. The director of Goodfellas and Taxi Driver should be expected to make a sound mob movie in Boston, but it’s still amazing that a good one came out of the late 2000s. It’s only been a few years, but it already seems like 20 versions of this movie came out in about 10 years. Much like how every TV show about a dark hero is going to have a tough time establishing itself as original for awhile, the mob genre is done for a few decades now.

The Worst Part: It feels a little silly to fill this section in on some movies. The Departed isn’t one of my favorite movies, but it’s an outstanding cinematic achievement. It feels slight to even say this, but it’s the last shot of the entire movie. It doesn’t give anything away to say this: Do you really need to have a literal rat scurry across the screen in a movie about two competing informants? The entire plot of the movie is about mixed identity and the duality of “rats.” We get it. After nearly three hours, we get it.

Is It Better or Worse than Crash? Like Crash, The Departed has an ensemble cast. There’s a million people in both movies — well, a million men. Crash paints women as evil and petty while The Departed prefers them to be absent. Only two women in The Departed have more than two minutes of screen time, and only one of them does anything more than have sex with Jack Nicholson. Neither movie is a strong contender to pass the Bechdel test. Is absent better than terrible? I guess so. The Departed makes lots of strange choices. Characters turn on and off racism and homophobia to paint the “authenticity” of Boston, but it’s never consistent or dealt with completely. The movie is mostly lots of bar fights and yelling, but it still comes off less cynical than Crash. Even if you leave out all the good parts and take The Departed as just a mean-spirited view of Boston, it’s better.

Worst Best Picture Archives: Crash | Terms of Endearment | Forrest Gump | All About Eve | The Apartment | No Country for Old Men | Gentleman’s Agreement |12 Years a Slave | The Last Emperor | The Silence of the Lambs | The Artist | A Man for All Seasons | Platoon | The Lord of the Rings: The Return of the King | The King’s Speech | Rain Man |