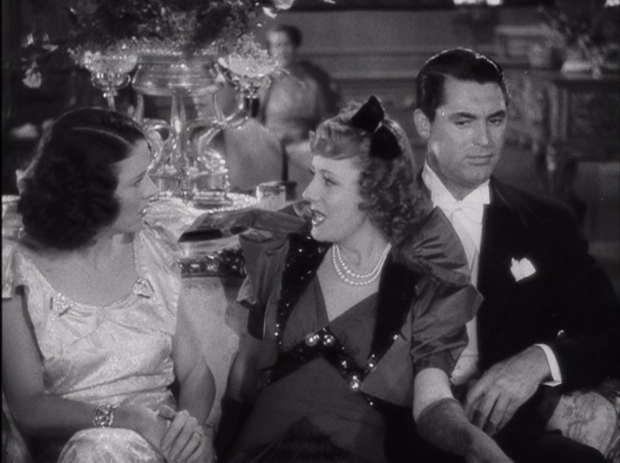 The Best Director film: The Awful Truth, an intensely silly screwball comedy full of divorce and remarriage goofs. Irene Dunne and Cary Grant can’t stand each other anymore and go to absurd lengths to avoid talking about their failing marriage. When Grant’s character is caught in a lie about going to Florida (he got a fake tan and sent fake letters home to mask his true whereabouts) the couple is unable to continue their lies. After an extremely silly scene where Dunne pretends to be Grant’s drunk sister and what passed for an exciting car chase in 1937, the characters run out of ways to distract each other and must confront the difficult truth of a marriage that may or may not be what they both really want.

The Best Director director: Leo McCarey, who won another Best Director award in 1944 for Going My Way. That movie also won Best Picture, but it’s a fairly sentimental musical vehicle for Bing Crosby and arguably not as good as The Awful Truth. Both movies reveal a very positive director who wanted to highlight the goodness in the world. That makes McCarey very different than his peers at the time and an odd Oscar winner in general. The Academy rarely rewards a light touch.

The Best Picture film: The Life of Emile Zola (read the Worst Best Picture entry here), which I ranked #61 on my list of every Best Picture winner. It’s one of the only movies on the list I watched twice, though that was mostly because I found it impenetrable the first time. The movie tells the story of Emile Zola’s response to anti-Jewish sentiment in his time, but in 1937 the director was afraid to use the word “Jew” even once. As a result it’s left up to the audience to understand what’s being talked about. Some of the storytelling works (a character is given a gun and frankly told to shoot himself to avoid an ugly trial) and some doesn’t (the first 20 minutes is spent defining Zola as a freedom fighter, but he mostly comes off as annoying and self-aggrandizing) and the movie feels uneven at best. It’s brave for 1937, but it doesn’t hold up well.

The Best Picture director: William Dieterle, who was never nominated again and was eventually a casualty of the McCarthy era. His career was defined by bio-pics and the only one to really be rewarded critically was Zola.

Did the right movie win Best Picture? Likely, based on the standards of what “Best Picture” has come to mean. The Awful Truth is more watchable in modern standards, but in the historical frame of 1937 it’s just a pretty good version of a standard film. Screwball comedies were common and even though The Awful Truth has some memorable moments it doesn’t take any risks. The Life of Emile Zola is a more deserving Oscar winner. For its time, it shows a lot of daring as a film and displays a man who risks his status for a cause he believes in. It’s the uncommon case of a less watchable story but a more impressive accomplishment in film-making.

Just for the hell of it, are either of them worse than Crash? Both of these movies feature characters undergoing enormous challenge and triumphing, though at the cost of something dear to them. Cary Grant is embarrassed time and again in The Awful Truth and (much more dramatically) Paul Muni’s Zola risks everything to defend a man unjustly accused. For as dramatic a tone as Crash insists upon, the stakes are never that high. No one risks learning or losing anything. They all just grow increasingly disgusted with their world until the story reaches a bow-tie ending.