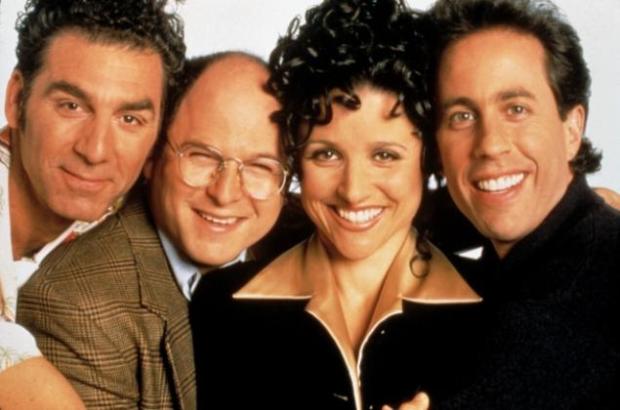 The Walking Dead is pulling in 12-15 million viewers a week consistently. For perspective, that’s roughly seven times more than most episodes in the last season of Breaking Bad. The last 21 in a row all had more viewers than the finale of Breaking Bad. I use that show because it’s on the same network and because the difference should be shocking. Breaking Bad was certainly a niche experience that blew up into the one thing everyone you knew talked about, but the finale was appointment television. It is very likely going to be remembered as “the show” of this generation of television.

I say again: more people are watching The Walking Dead, on the same channel, in the slow season than the most-anticipated episode of the most exciting show of this generation.

The Walking Dead isn’t a bad show. It’s a pretty exciting show, for starters. If you’re not one of the tens of millions tuning it, it’s a show about zombies attacking people who survived the end of the world. Scattered groups of survivors interact with zombies and learn the eternal lesson that even after a more obvious threat emerges, the ultimate villain is always man.

It’s tough to label it innovative, because that paragraph both A. made your eyes glaze over and B. describes the entire world of The Walking Dead. If you want zombie television, you’ve found it. It looks like all the other zombie stuff you’ve ever seen: dark, brooding, lonely, and violent. Sometimes the groups meet other dangerous groups. Sometimes they make tentative friends. Sometimes they attempt to live a normal life. It’s all of the challenges of the end of days mixed in with the challenges of every day. Cool. Check. Got it.

But the most common complaint lobbed at a drama that’s nearly 50 episodes deep holds especially true for The Walking Dead: nothing happens.

It feels ridiculous to say that about a show that features people losing limbs and family members by the month, but the show has a habit of bogging down. A new group will show up, we’ll meet everyone, some people will get character (and some won’t), some people will die for a reason (and some won’t), and we’ll rinse and repeat with a new batch. The setting changes a little bit and poor Andrew Lincoln has to teach a whole new group of people the true meaning of friendship.

The show was loosely following the plot and characters from the graphic novels of the same name, but now it’s on its own. Sure, people want to see people with big swords and big guns blow up clearly-evil zombies, but you need a hook. You need to care, or you’re just making pulp. Is there any reason to care?

Seinfeld has famously been called a show about “nothing.” The point was that it was to show how people really interacted when they were at their worst, because Larry David thought everyone was most honest at their worst. The Walking Dead would buy that line of thought, but it also seems to buy the idea behind the classic comedy, as well.

The most recent episodes of the show have seen the cast divided up after a terminal event at the mid-season point. Everyone is split, which is fine, but everyone is also battling their own hopelessness in a dead world. If it sounds like that’s an easy way to slip into darkness, well, yeah. This show’s closet is always full of a lot of blacks and grays, but right now we’re in an even darker place than normal.

That’s not necessarily a bad thing. It helps to reset the expectations: Civilization, as we know it, is over. It’s been enough time since the zombie outbreak that everyone knows help is never coming. Everyone’s seen death and loss in droves. It’s definitely time for a glass-half-full outlook. The darkness isn’t what stagnates The Walking Dead, though. It’s literal non-movement.

For two solid hours two characters hole up in a house and wander around the enclosed space. There are elements of people that are revealed and we, as an audience, see our humanity through their choices… kinda. For the most part people just wander around the same dirty, dead spaces and don’t do anything. It’s supposed to remind us that there’s nowhere to go and there’s no hope, but at a certain point that starts to feel like, well, nothing.

Seinfeld was funny because the cast was a reflection of our true selves. The Walking Dead succeeds when it shows us that we are all at a loss in a tough situation. I’d never tell you that Seinfeld missed a step, but the whole idea was to go out on top. The Walking Dead seems to have made every point about humanity that it has to make. It’ll keep demolishing in the ratings because it is entertaining and well-made visually, but the story is about nothing now, and that’s certainly not intentional.

I like to think of The Walking Dead as the modern television version of the Dave Matthews Band. Remember how in the late 90s and early 2000s seemingly everyone liked Dave Matthews Band because it was safe to do so?

You could get asked by any adult, co-worker, or kid if you liked the Dave Matthews Band and if you said, “yes,” 95 percent of society would accept that answer while only five percent would call you out on your bullshit.

Most people “sorta” liked Dave Matthews Band, but just wanted to fit in and give the answer easiest in doing so, so I feel like they became a bigger thing than they should have been. I can’t tell you how many kids I went to high school with who were so pumped to see “Dave” in concert yet NEVER speak about that band anymore. Not ever.

I feel the same way with The Walking Dead.

(Writer’s Note: This article — and subsequent thoughts — are strictly about The Walking Dead television show and not the graphic novels, or correlations to the novels or any other weird shit like that. I watch television, so that is what I’m strictly writing about here.)

It’s the most watched basic cable television show in history and I don’t know anyone that truly enjoys the show. Everyone sorta likes The Walking Dead; just like DMB. It can be amusing sometimes. The action-driven scenes involving zombies are decent enough.

But Rick is the same mindless character the last three seasons and his son Carl needs to die. Or maybe the producers saw that Carl couldn’t even play dead as a zombie and believed they would be best served keeping him alive and alternating episodes where he isn’t in the plotline. The kid that plays Carl is so bad that he makes the kid that played A.J. Soprano look like Tom Hanks. Michonne is finally getting a back story now of all times? And the new characters: Why should anyone care about them and their fate?

Do you ever go into each week begging for the next episode of TWD? The next episode is just always sort of there. I don’t know anyone that would list The Walking Dead as their favorite show on television. If they do, they’ve probably taken every Buzzfeed quiz about which television character they are or which deli meat they would be.

I just don’t understand how this show about zombies — with minimal character development and really mediocre acting — is the top-rated cable television show of all time. This show regularly has five-to-six times the audience of Breaking Bad and Mad Men (!!!!!!!!!!!!, !!!!!!!!!!!!!) yet, I couldn’t name a soul that would say The Walking Dead is better than those shows.

Is America really filled with this many people that are iffy on entertainment options? Talking Dead, a show ABOUT a show, gets ratings this season that are nearly even with Breaking Bad‘s final season. That’s fucking insane… Do these people not know True Detective exists? Do this many people not get HBO?

Not to insult DMB or The Walking Dead as the worst thing ever; that’s not my intent with that comparison. Both are perfectly good forms of their respective entertainment with things they do well (Dave: live shows, Carter Beauford and percussion implementation with the band; TWD: good at cliffhangers and battle scenes, it’s diverse?), I’m just at a loss to see how both became so universally popular other than having mass appeal.