Good day folks, it is time for yet another non-gaming article from yours truly.

Today I want to chat about Chinese food. I am coming back from two years living in South Korea and one of the main things you miss when you live overseas is the food. South Korea has decent international cuisine and plenty of American chains like Subway, McDonald’s, and Taco Bell. That being said, there are still a ton of things you just can’t have in South Korea without spending an arm and a leg — like cold cuts and fine cheeses. I traveled a lot in my two years, so I was able to get sated on many things in countries like Japan and Taiwan which have dirt cheap imports on those kinds of goods.

The thing that I want to really focus on here is Chinese food. Chinese food is unique in that every country you visit tends to have drastically different cuisine that is considered “Chinese.” In Korea there are two or three main dishes that are considered Chinese. The stigma behind the food is much the same as it is in America, though: tasty, cheap, and not entirely healthy. That being said, the food is delicious just like in America but it is drastically different. My favorite dish happens to be jjambbong:

Seafood and spice, so very nice!

This is a spicy seafood soup with rice noodles and lots of veggies and seafood, mainly squid octopus, and mussels. This is absolutely divine and is probably the only Korean-Chinese dish I really wish I could find in America. This will almost never happen because the seafood in America tends to be less fresh and more expensive and generally speaking spicy soup isn’t something you see, as we go for creamy and savory soups. This gets five stars, and in any country this should be on the Chinese menu.

Next we have bokumbap, which is just good old fried rice, though they do tend to throw a fried egg on top in Korea. Three stars, because honestly the plain rice in Korea is so good that this just doesn’t really hit the spot

Great picture, but you won’t be craving this wherever you’re from.

Lastly, we have jajangmyeon or black noodles. These things look vile but actually taste pretty decent. The problem is this is the cheapest main dish you can buy and it is known for being made with old oil in less than street-legal kitchens. I personally got violent food poisoning from this dish but would recommend it nonetheless as it is very Korean-Chinese. Three stars. I dunno if I can love myself giving a higher rating to something that led to an IV drip.

This looks a bit like alien insides. Their insides become your insides! ^_^

Hong Kong is now a part of China proper but even there the dishes are slightly different due to the heavy British influence. This is closer to the mainland of China in cuisine and you can have some amazing meals on the street in little alleyways.

This is actually open air in an alleyway even though it looks like a shop wall.

This turned into super cheap fried noodles. The perk here is that you can choose the type of noodles and the type of meat and the lady fries it up and gives it to you to go in a matter of seconds. These noodles are delicious and were better than a lot of sit-down restaurant meals I have had.

Look at this handsome man with his farm worth of animals in the background.

Next, I got to have some pork, goose, and duck meat in what appears to be a butchery/restaurant. This is an odd combination as you tend to want to keep the dirty work away from patrons but I say if you can’t handle seeing where it came from then you shouldn’t be eating it anyways. This meat was smoked goodness and I can’t recommend it enough. Also the price was reasonable compared to going to a place with a prep room and a closed off kitchen. Four stars. The taste and the value can’t really be beaten here.

Had to eat the weak to get to the fish.

Last for Hong Kong I had some steamed fish, which is really hard to find in other areas of Asia. This is hands down my #1 Chinese dish and I try to have it any time the option presents itself. This thing is butter love in the esophagus. If you like fish, you will devour this whole thing’s body and crave more when you’re done. Face, fins, and inner bits are all fair game because it is just so friggin’ flavorful. I tend to understand disliking certain types of food but this is one I wouldn’t even invite a non-fish lover out for as I would feel its death was under-appreciated by the naysayer. All the stars. Seriously, there are only a few non-fish dishes I have had that can go head-to head with this.

Now, as most of the people reading this will probably be North American I am not going to go image search Chinese food since you know what is out there, but almost everyone has their favorite dish and their favorite place to go. There is nothing quite like Chinese cuisine around the world (please comment if you know any others) where the immigrants and the home nation always seem to create a fusion of dishes that would be the most appetizing within the country. I love Chinese food in every country I have had it but none of them taste or look anything alike except for having fried rice and dumplings. The one thing that is constant is just how similar it is to that country’s culture without just suddenly becoming American food or Korean food. It takes skill to be every nation’s entry into exotic dining, so props to the Chinese for making bellies happy. 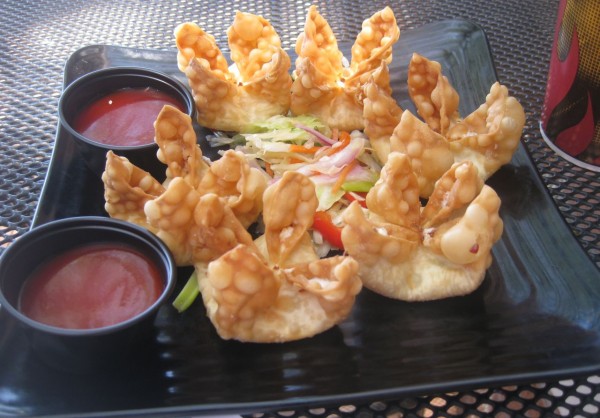 I lied these thing are so friggin good and I had to make mine in Korea to have them. Best appetizer from a Chinese place.