Neil Gaiman has been a darling of fantasy fiction for years. His profile is huge and unassailable – multiple awards, multiple movie adaptations – this is a writer who goes on late night talk shows and people watch those shows specifically to see him. Any two or three of his works are enough to qualify him as a game-changing writer. If you have not read Sandman, go do that right now. It is the best thing he’s ever written, and one of the best 15 things written in the last 50 years. I can’t get into it right now because the story is massively complex and free-roaming, but do yourself a favor and check it out. Today’s book, American Gods, won the Hugo, Nebula, and Locus awards. To give an idea of how big a deal that is, only 10 books have ever done that, and two of them were written by Isaac Asimov and Arthur C. Clarke, respectively.

American Gods is fantasy, which is a really important genre as it’s the first there ever was. Think about it: In Gilgamesh the main character is the son of a goddess, befriends a wild man, slays an ogre, rejects the advances of the goddess of sex, and slays the skybull she sends to destroy him in revenge. In The Odyssey, the main character blinds an ogre, pisses off a sea god, and is assisted by and given gear by a war goddess. Any number of old stories contain fantastic elements: humans made of clay, humans made of thrown rocks, world-wrapping floods, and so on. These early stories are special, as they all attempt to explain humanity, its place in the world, and how they both came about. There is no whiny asshole running around with daddy issues (I’m looking at you, The Corrections). At the dawn of human cultural life, all of the stories were concerned with how we got here and what we should do about it. Of course, people back then had no fucking clue and just made shit up. The results were amazing. Modern fantasy stems from either that initial efflorescence or from all the stuff J.R.R. Tolkien single-handedly standardized. American Gods is the former. It goes old and deep for its mythology. 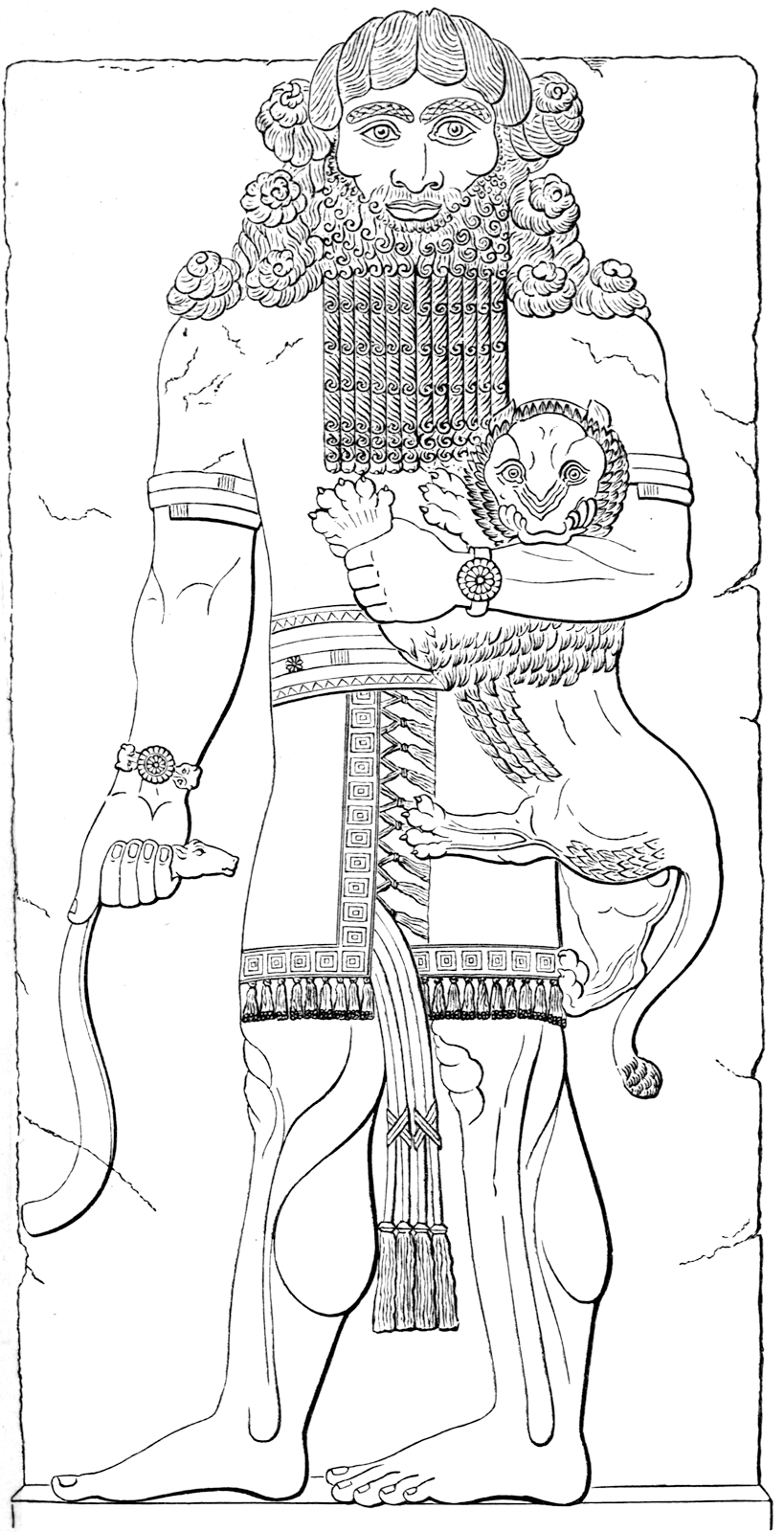 I am the oldest character in all of literature, and my beard rings are amazing.

Some people hate American Gods, and those people are wrong. There is plenty to hate, but a lot more to love. The first big hit is that the main character’s name is Shadow, which is usually not a good sign quality-wise. In general, the characters are there to advance the plot and to do cool things. There’s depth there, but not a lot. Shadow is a pretty simple guy who is set up a little maladroitly as a big strong silent type, but with hidden feelings. At the start of the novel, he finishes a three-year bid in prison. Later in the novel, he remembers being a kid and crying while reading Gravity’s Rainbow in a hospital while his mother died of cancer. Jarring mismatches like that rub you wrong and don’t deserve to be forgiven, but there is just so much good to go with the bad. Most of the good comes from the premise in the title itself.

What exactly are American gods? The premise that makes the book is that gods are generated by human thought and belief. For example, Odin (who is a main character), first popped up in America when Vikings visited the Americas, got into conflict, and slew a native in a ritualistic way. The power of their belief created him. Then they left, and Odin spent the next few centuries kicking around the continental US as “Mr. Wednesday” (Wednesday = Wōdnesdæg or Odin’s Day). This method of god creation is upliftingly anthropocentric – our belief is not just their payment or due, but the key to their existence. Unfortunately for the gods, lack of faith leads to lack of food. Without constant, strong belief, they weaken and, if they can find no substitute, they die. The substitutes available normally consist of some type of human interaction tangentially related to their godhead. For example, the half-djinn Queen of Sheba, Bilquis, achieved fame and drew belief as a great seducer. In American Gods, she is working as a prostitute and drawing her power and sustenance from that. An American incarnation of Anubis, the Egyptian death god, runs a funeral home and draws his power and sustenance from that. The hardscrabble landscape of American belief has transmogrified Mr. Wednesday, an incarnation of the Norse god of war, wisdom, and poetry, into a confidence man. There is definitely a precedent for Odin as a type of trickster god, and his godhood being shaped and reflected by American culture emphasizes and feeds this aspect of him. He gains strength and survives through bamboozlement. For example, he needs money, so he finds an ATM, dresses up like a security guard, handcuffs a briefcase to his hand, and marks the ATM as out of order. When anyone comes up to make a deposit, he apologizes, takes their money, and painstakingly writes them a receipt. He then walks away with a ton of money. He not only gets cash this way, but also acquires the “worship” necessary for his continued existence. The problems associated with lack of spiritual nourishment create the central conflict of the book.

I’m going to need a little bit more than that to survive, Ron.

Old gods are scattered across all of America. All of the immigrants who ever came here, and all of their beliefs, created sub-pantheons filled with strangely reduced gods. Old cultures come over with their old beliefs, then slowly buy in to the new ones. Up to the time of the book, these gods have only had to deal with their transformation and weakening due to the acculturation of their worshipers, but problems arise when they enter into direct competition with the new gods, avatars of tech, finance, and the like. As Americans worship these things with more fervor, so do their respective avatars gain power, to the direct detriment and weakening of the old gods. Once created, gods have staying power, but if they are completely cut off, they will simply fade into nothing. This is an undesirable outcome, so the main plot of the book deals with the old gods’ actions to preserve themselves in the face of the onslaught of the modern world.

Yes, the plot is linear and simple. Yes, the characters could have a little more depth. Yes, the protagonist’s name is Shadow Moon. Do any of those things make this a bad book? I mean, yes, they would, if there wasn’t more to it. American Gods is an exploration of American belief, American places, and the American psyche. Neil Gaiman is an Englishman who settled in Minnesota, and this is his love letter to his adopted country. The whole presents a mythic America, one where the salt of the Earth is the center of the nation and where roadside attractions are the most sacred and powerful locations in the country. The climax of the novel takes place in the holiest spot in the United States – Rock City, just outside Chattanooga, TN. The swindler habits of a major character – Mr. Wednesday – dovetail with the venerable American tradition of getting one over on people not as clever as yourself, from Tom Sawyer getting people to paint a fence all the way down to a more modern Sawyer. 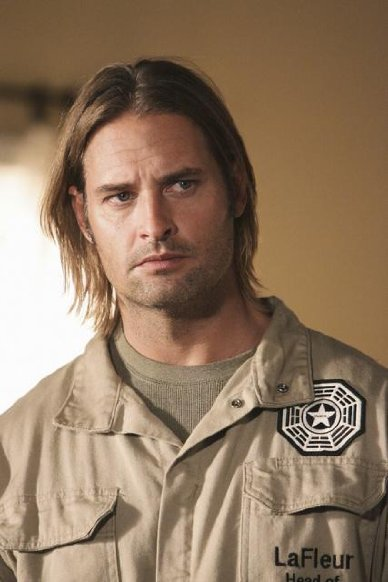 Son of a bitch.

Ultimately, this novel’s passion for Americana and its in-depth commentary on the nature and power of human belief far outweigh any niggling concerns with naming or plot pacing. Much like taking a road trip (which occupies most of the plot), you might go to some less-than-ideal places, but you will still have an amazing time there because of the idea of the road trip. The idea of this novel transcends any flaws that mar its execution. I believe it is a great novel, and as Neil Gaiman himself writes in the novel:

People believe…[i]t’s what people do. They believe.

And then they will not take responsibility for their beliefs; they conjure things,

and do not trust the conjurations. People populate the darkness; with ghosts,

with gods, with electrons, with tales. People imagine, and people believe: and

It is not a perfect novel, but any book containing the above quote has my vote. It is not flawless, but much like the nation it enshrines, the monumental good overwhelms the (admittedly) searing bad.