In Read This or Kill Yourself, we get tough with you about your bookshelf and what had damn well better be on it. In You Should Probably Read This we do the same thing, but we’re a little nicer.

Cormac McCarthy has been established for years, but his shadow has grown in the past decade or so due to a couple of wildly popular films: The Road and No Country for Old Men. A lot of you should be familiar with those films, and their style pretty much shows what McCarthy is all about: bleak travelers across bleaker landscapes wrestling with nonexistent or extremely peculiar moral systems. In a lot of McCarthy’s fiction, a man has to have a code, no matter how terrifyingly brutal. He is a writer’s writer, which means reading his books is not something you do to unwind with booze over a long weekend. Reading him is work. I am biased against books like this, as relatability and ease of access is important to me in a field where basic human-to-human communication is paramount. I avoid stuff like this if it is mediocre and unappealing, and if achieving some hyper-literary cachet is the entire focus and fabric of the book (I’m still looking at you, The Corrections). However, pristine works of pure, uncompromising art, those I can’t resist. Blood Meridian is the latter. 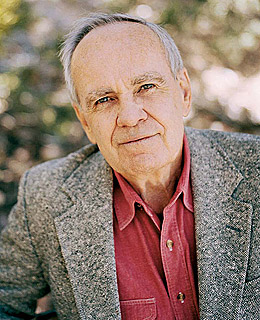 They didn’t give me a genius grant for nothing.

It has all the limbs and outward flourishes of a turgid, joyless literary tomb. The narrator never takes us into the minds of the characters. The protagonist has no name, and the narrator refers to him only as “the kid.” There are no quotation marks for dialogue and there are few commas. The vocabulary is obscure enough to have sent me to the dictionary multiple times (word like manciple, esker, sprent, and surbated, to name a few) Plotwise, nothing really builds – it’s just a book about a group of men in the Texas-Mexico borderlands in the 1800s hunting Apache scalps. Stuff happens, sure, but there’s not a build to and change of conflict, it’s pretty much just death, blood, and destruction all the way through. To give you an idea of just how much death and blood, in the first two pages the main character runs away from home at 14, hangs around in a bunch of bars, and gets shot right below the heart. On the second page. After this, violence just builds on violence, but it is done with mastery and purpose.

Before discussing what makes Blood Meridian so good, it’s important to give a little bit more information on the bones of the novel. The main body of the novel is a fictionalization of the exploits of the Glanton Gang, a group of mercenaries hired by Mexican authorities to track and eliminate dangerous Apache warriors. They get paid a set amount per scalp. This leads to them massacring not only Apaches, but peaceful agrarian Native American communities and Mexican villages. A scalp is a scalp, and life is cheap. The plot of the novel makes for a lot of battle, a lot of grit, and a lot of wandering over desolate landscapes. This gives McCarthy ample space to showcase his verbal pyrotechnics.

Yes, he uses an egregiously obscure vocabulary, but he uses it so well. In terms of sheer word-stacking, there is no living writer better than McCarthy:

and sat squat and pulsing and malevolent behind them. The shadows of the smallest

advanced elongate before them like strands of the night from which they’d ridden,

like tentacles to bind them to the darkness yet to come.

Yeah, sure, ok, he uses “elongate” as an adjective and not a verb. But read that paragraph. Just read it. Read it again. Another author could have just said “The company rode west, the sun at their backs.” That’s all that’s happening here. The sun came up. McCarthy takes that, expands upon it, makes the sun a harbinger of death and destruction, and makes the diurnal cycle emblematic of man’s inability to escape his destiny – “[bound] to the darkness yet to come.” If you don’t love that paragraph, if it doesn’t make you tremble, then you will probably hate this book, and that is really unfortunate for you. 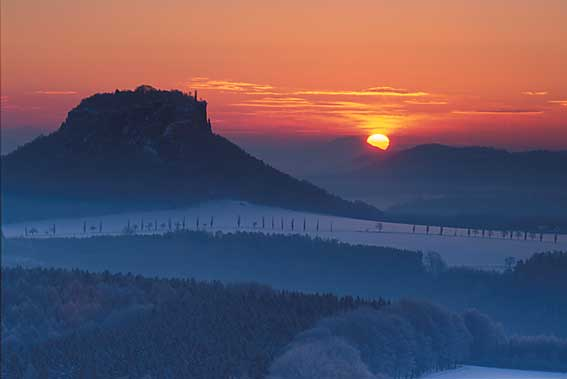 Try to describe a sunrise better than he did. I dare you.

The subject matter of the book makes violence its defining feature. There is death and destruction everywhere. Bartender disrespect you? Jam a broken whiskey bottle through his eye socket to his brain. Fellow traveler around the fire insult you? Decapitate him and watch his arterial blood shoot and sizzle into the flames. Those aren’t even the worst examples of what happens in this book. It is so violent that even literary critic Harold Bloom, who says it’s the best book written since As I Lay Dying, had to put it down multiple times before he could successfully complete it. Violence penetrates every aspect of the book, and its matter-of-fact presentation (no one feels glory or guilt, it just is what it is) underlines how natural a state it is for man. I thought for a while that morality was just not a concern for McCarthy in this book, but the sheer weight of the atrocities committed begins building a case against them. In addition, almost no one escapes from the life of violence. There’s a very “live by the sword, die by the sword” mentality here. There is a moral point here, but it isn’t razor sharp, it isn’t outright stated, and it’s hard to put into words. The events of the book permeate you so fully by the end, that you more feel the theme of the book than intellectually appreciate it.

This novel qualifies as an anti-western story. The anti-western or revisionist western popped up in the sixties and seventies as a response to the 40s and 50s westerns in which the good guy shot the bad guys and was good for doing it, in which the absolute violence and lawlessness of border towns were minimized, and in which the writers set up good/bad dichotomies around the heroes and villains. The anti-western is about looking at what American frontier culture actually was, in all its darkness and seaminess. Americans have a tendency to whitewash their history and ignore the staggering levels of violence that form the foundation of these United States. Blood Meridian, with its beautiful language describing horrific actions, directly attacks the narrative of manifest destiny and glorious American expansion. It does not pass judgment, it does not say this action is good or this action is bad, it just explores what happens in nauseating detail and lets the reader draw his own conclusions about mankind, which by the end of the book are not too uplifting and are summed up pretty well by the book’s epigraph:

Your ideas are terrifying and your hearts are faint. Your acts of

pity and cruelty are absurd, committed with no calm, as if they were