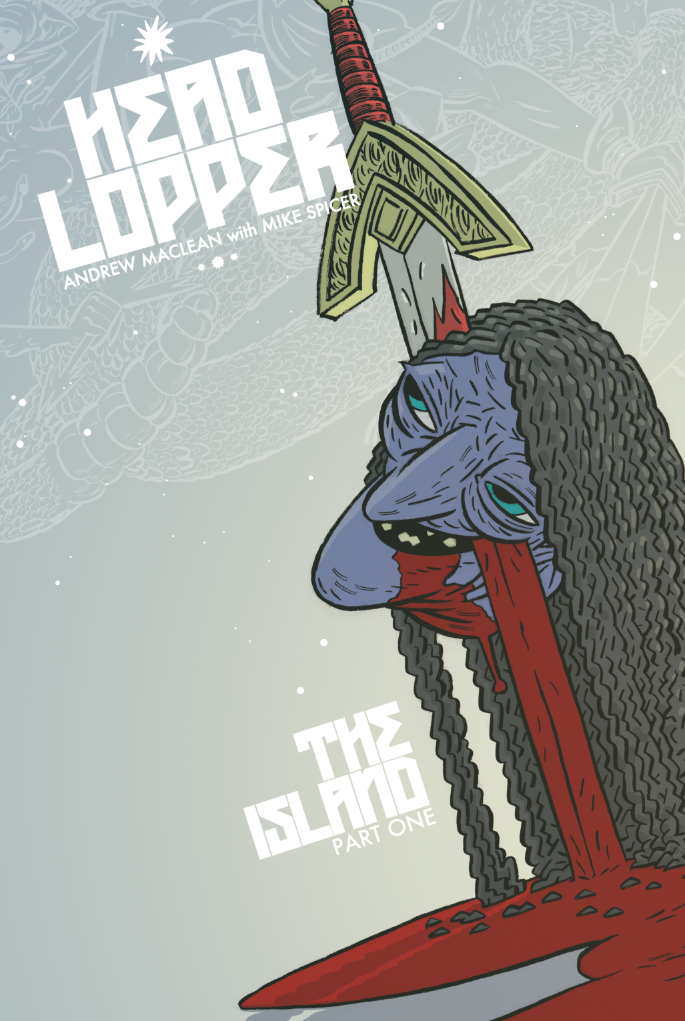 Comic books are stuffed with “Badasses.” These are characters so “Awesome” they encroach upon the “Mythic.” These are the characters who, in the first scene, catch a flying fist to the astonishment of a gathered crowd. These are the characters who lie sleepless on motel mattresses, hardly aware of the lusty nude figures curled against them. These are the characters who barely keep cigarettes tucked into mouth corners. Whose silhouettes can be seen in a screen of smoke. Who don’t have pasts until issue four (The Past Issue), when it’s revealed that everyone they’ve ever met died in a car accident. These are the characters who have clipped, masculine conversations with clipped, masculine men of any race. Who command presence. Who walk unafraid down the middle of dark echoey streets. Who splash water on their faces. Who reveal weapons just long enough for their assailants to say, “Oh, shit.” Who stand in a circle of assailants, allowing the tension to build with the knuckle-cracking and the jeering. Who then attack every assailant with every limb all at once, and somehow even use the assailants’ limbs against them. Who then stand in the epicenter of all that violence and hurt and look off somewhere else, to some new fight, to some new arena in which they can prove themselves again.

The badass myth speaks to a desire that (some/most/all) men have to be validated for physical strength and cool detachment. Something that most comic book readers are not known for, if you can even believe that. The desire runs deep. That means that the badass myth, however played out it is, will be here as long as men reading comic books are. The flip side is that so will parodies (thank god).

Head Lopper is one such parody. This self-described tongue-in-cheek “sword and monsters” comic is the story of a nomadic warrior, Norgal, and his unlikely companion, the severed head of Agatha the Blue Witch, who arrive on the Isle of Barra to slay a sea serpent. The promise of this series is lots of cartoon violence that toys with (and hopefully subverts) badass tropes and Nordic mythology.

Most of the tongue-in-cheekiness is carried by the art and dialogue and not the narration. There is hardly any narration, which is a good thing, since narration would have slowed down all the fun to be had lopping heads. A steady narrator would have also invited unnecessary backstory to a two-dimensional archetypal character who needs none. The Head Lopper is the Head Lopper is the Head Lopper. Who is the Head Lopper? The One Who Lops Heads. Anything more would run counter-purpose to the comic’s hack-and-slash readability. The story translates well visually, and the only major flaw in the writing in this issue is the dialogue. It never establishes a steady tone and see-saws between unpracticed “medieval speak” (people tend to say “indeed”) and the tongue-in-cheek modern dialogue that better suits it.

The art is simple, clean, and colorful. Maclean delivers wonderfully cinematic aspect-to-aspect panels that either establish setting and mood or cleverly show the passage of time and the silence between one head lopping and the next. Spicer’s colors really make this thing stand apart. He establishes a cool blue-green-gray-purple world and then tactfully splashes hot oranges and torrents of red to ratchet up the action. Characters are drawn in a simplified way, suggesting their archetypal, mythical roots–these are the symbols of masculinity.

Hopefully, in future issues, Maclean will make more use of his source material and give us something even more fun and subversive. Though there’s no guarantee, because as Maclean says, this is a sword and monsters comic–nothing more. True, it’s badass mythology, and played out, but what sets Head Lopper apart from the literally thousands of other comics of the brawn genre is that it doesn’t take itself too seriously. There are a thousand writers of badass stories out there, but very few who allow themselves to have a little fun with it. 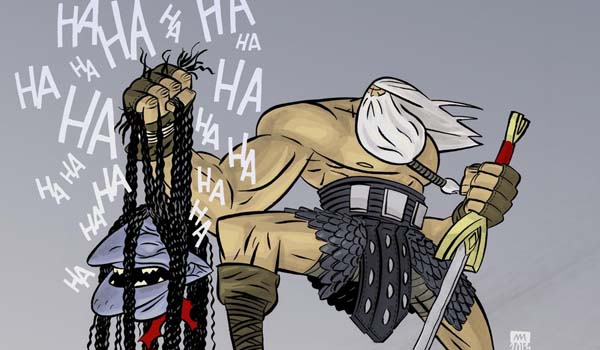 I wouldn’t recommend this comic to someone new to the art form. This is more for seasoned comic book fans who want a nice break from all the up-their-own-asses badassery. Plus, it never hurts to support a talented self-published writer/artist. Get Issue 1 at the publisher’s site or from digital comic stores like Comixology for $1.99.