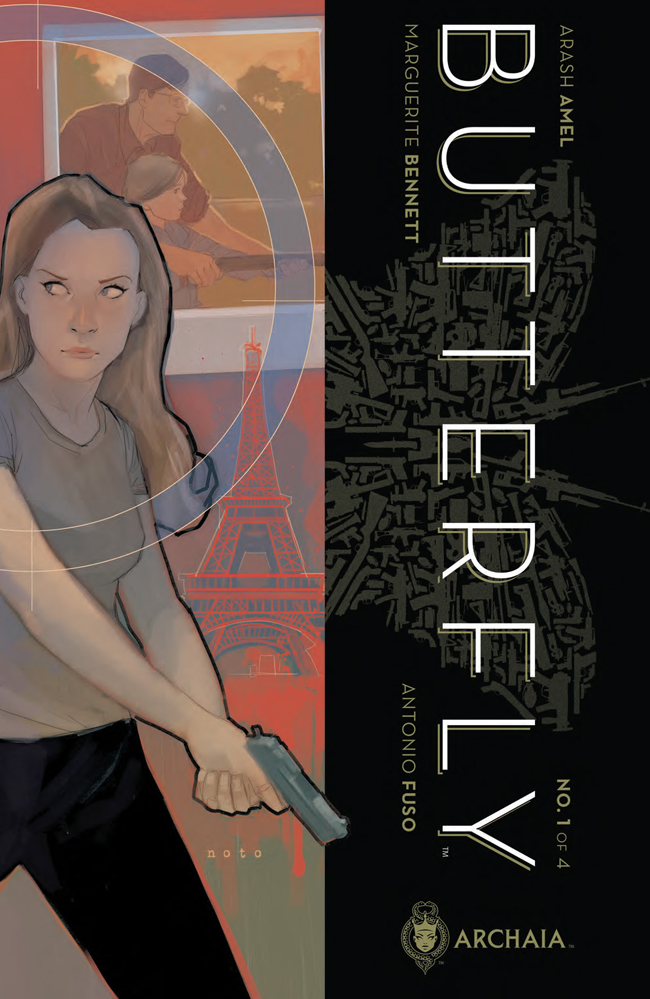 New artforms all fight the same uphill battle to be respected by the artistic community. Like movies and novels before them, comics have gradually transcended their “juvenile” origins to gain a modicum of respect. Critics, aggregator sites, and culture publications have even started using that thorny word, “literary,” when it comes to comics. But what is a “literary” comic? In a Google search for “literary comics” you’ll find the realists like Craig Thompson, Will Eisner, and Daniel Clowes, which is to be expected if the same folks compiling the literary canon are compiling the graphical one. But unlike novels, these lists of “literary comics” also allow for the more fantastic (Watchmen, Maus, Bone). In this regard, the comic literary canon has more in common with the cinema canon that generally includes aliens and killer sharks. I bring all this up because Archaia, the publisher of Butterfly, says its goal is to publish graphical literature. Whatever that means, I took it as a cue to judge Butterfly carefully.

Butterfly is the story of a secret agent (codename Butterfly) whose cover is blown after she’s blamed for a murder she didn’t commit. Writer Marguerite Bennett deliberately paces this first issue with tense scenes and violent action bookended by flashbacks. It’s a complex introductory issue, but with just three issues to go, it needed to hit the ground running.

The writing is lyrical yet terse, with a penchant for the poetical. Take one of the opening pages in which Butterfly recounts a memory of her father teaching her how to shoot. More than just a pretty page, we see Butterfly’s personality and worldview jump off the page. The careful, clean pacing reflects her highly analytical mind, and the language speaks to her intelligence and insightful nature. 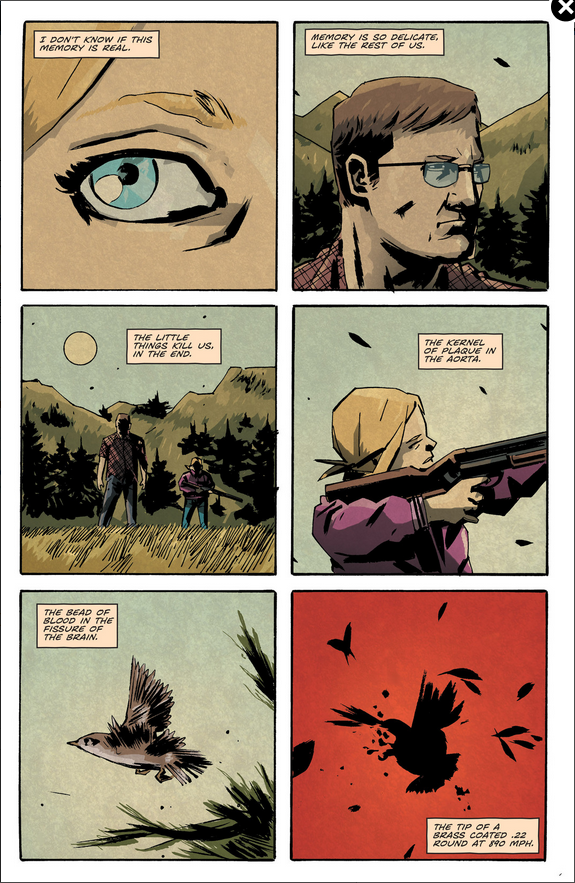 The art, too, is astounding in its reflection of the narrator’s psyche. Harsh lines and black shadows enclose muted colors. This reflects how Butterfly bridles her world in strict self-imposed rules and conduct. When Butterfly is in control of the situation, pages are evenly laid out in six panels of equal sizes. Notice how this technique is used when Butterfly stalks a man to an elevator and kills him. 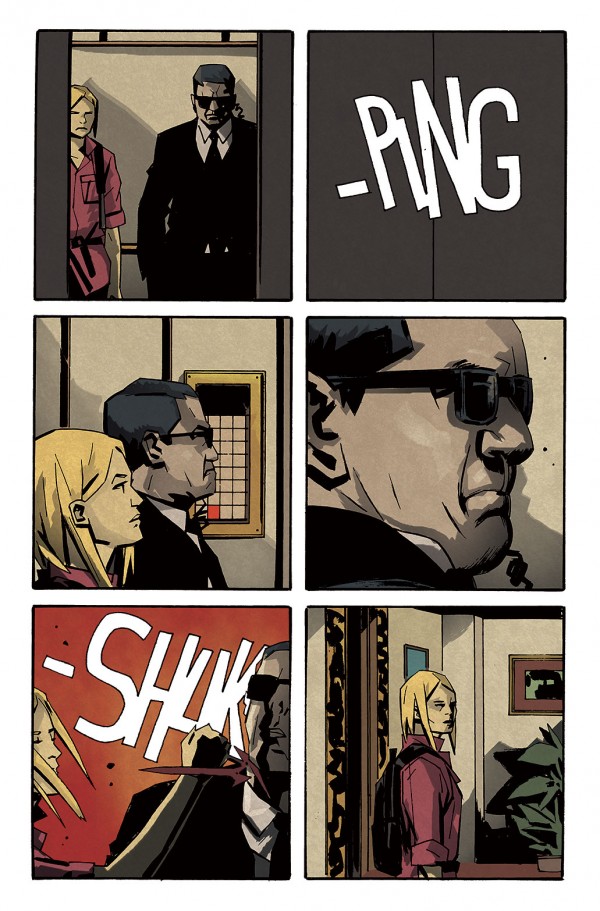 She is calm and in control. Elsewhere, when Butterfly is out of control, the panels vary in size and shape, to reflect the frenzy of the moment or the fractal nature of memory (couldn’t find an example of that online, so unfortunately you’ll have to go buy one, ya freeloaders).

The worse thing to be said about Butterfly is that at points its plot is too overtaken by its style, which results in confusing storytelling. To go any deeper would be to spoil a key part of the story, so I’ll just say that my hope is that the questions I have now will be answered in subsequent issues.

The creative team behind Butterfly achieves a rare unity of purpose that most comic teams can only dream of. Art and words work in tandem to construct a world grounded in its character. It tells a story, but it also creates a graphical language which transcends it. I don’t know if that makes it literary or not, but it does make it a must-read.