This book was released last year and I always had interest in reading it but failed to find it in a Korean bookstore until this week. Hyperbole and a Half was an extremely popular blog by Allie Brosh that followed the little nuances of her life. The drawing point of the blog was that it was weird in an almost fictional way. People of course exist like this, but you rarely see it illustrated in Microsoft Paint glory. 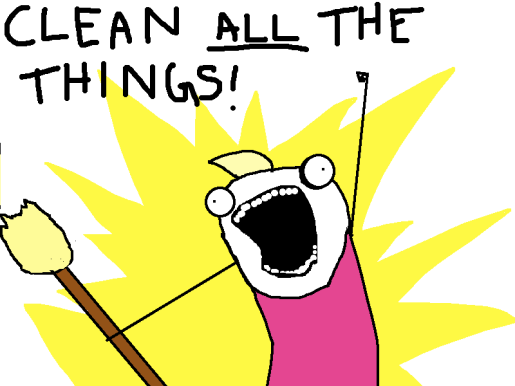 You may have seen this at some point during your Internetting.

This clearly isn’t a review of the blog, so let’s jump into the book. The first thing I noticed about it is the quality. This book feels absolutely amazing in the reader’s hands. The pages are thick and glossy and the color quality is perfect for giving an almost handheld blog feel to it. This might be the best feeling web-to-print book I have ever handled and honestly, maybe one of the best feeling books I have ever owned. I tend to give away and discard books due to living abroad but this is one that will make its way to a bookshelf I will someday own.

The meat of the book is the same as the blog. Allie Brosh illustrates different aspects of her life while filling the other space with narration. I hadn’t read the blog in a year, so it all felt relatively fresh to me even though I knew there were stories from the blog repeated in the book. If you like the blog then I think you will appreciate this book, but there is a bit more to it than meets the eye.

Brosh’s magnum opus (the blog has been silent since the book’s release) is not what I would call humorous. There are moments where I would smile or chuckle, a bit but the focus was very decidedly on the narration. This felt more like a memoir than anything else, following her from the eccentricities of her childhood to the same eccentricities in her adulthood. One thing that is well documented is Brosh’s struggle to deal with her depression. This book details how she gets there and the struggle to come back. It is surprisingly poignant and the conclusion is by no means sugarcoated to make the reader feel better.

People tend to keep up a facade of how they want to be perceived. Brosh completely deconstructs herself in this book and it is somewhat jarring to take in. There is simply a “This is who I know I am” and then the book ends. I can’t help but recommend it. It is a quick read and it clearly has a purpose.

Plus, the illustrations are pretty dope to look at. 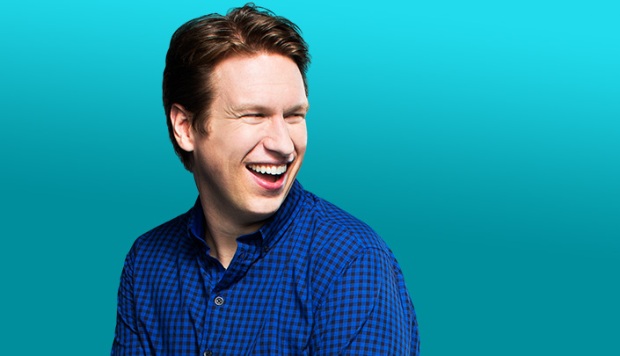 The Pete Holmes Show got 80 episodes on TBS. Per a very personal post from Pete Holmes himself, the variety/comedy/interview/sketch/whatever show is now over and will air its final episodes within the next month.

The comedy nerd world has been both insanely good and insanely bad to Pete. He’s one of the biggest comedians that your parents probably don’t also know, but he’s also the target of a metric ton of hate by way of his sometimes-infuriating-but-always-interesting podcast You Made it Weird and his career as a baby that sold insurance on television. If all you know about Pete Holmes is that he has a podcast where he sometimes talks about astral projection and healthy juicing for upwards of two (or three) hours a week and that he sold insurance on TV, sure, why did they give that guy a show is a reasonable question.

But he’s also one of the ten funniest people in the world right now, and that’s not something I say lightly. He’s a better standup than he is anything else, and 80 episodes of The Pete Holmes Show showed that he’s a pretty damn good “anything else.”

Every episode wasn’t always my favorite — though part of the joy of Pete Holmes is his persona that he sometimes calls “fun dad,” so he’s in on the joke that he’s sometimes just so much — but I watched every single episode because I was so in awe. Pete Holmes got to do sketches based on in-jokes and interview segments where he clearly ignored publicists. He got to make what “The Pete Holmes Show” without the italics would be if he had his say. He made his show.

This week we passed 10,000 total hits on Reading at Recess. This week we hit 175 unique posts from nine different people. Despite what I’d call “success,” I still almost gave up.

I started Reading at Recess earlier this year to have an outlet to write about culture. I figured that the world didn’t necessarily need another recap of Louie or an ode to Walter White. That said, I think there’s space for what we write about Louie and our thoughts about Walter White’s opposite on Fargo. I think there’s room for an Obama campaign worker’s review of Mitt as oddly humanizing. I think there’s room for covering things everyone else is talking about, like How I Met Your Mother‘s weird ending and Archer‘s lull of a season and why half of the audience of Girls seems to be watching for strange reasons.

At the end of the day, this is just a blog. It’s just a place that I hope you spend five minutes of your website time every weekday. But if it’s more than that, it’s somewhere you might learn something about feminism and parody in anime, or art design’s influence on gameplay in video games, or about data’s influence on politics.

What it hasn’t been is consistent. We’re all over the place. We’re a shotgun, not a sniper rifle. When you watch The Pete Holmes Show, you’re looking at what Pete wanted you to see. When you’re here, you’re kinda seeing something that’s far too unfocused.

Want to write for us? We’re accepting contributors! Reach out through our submit page.