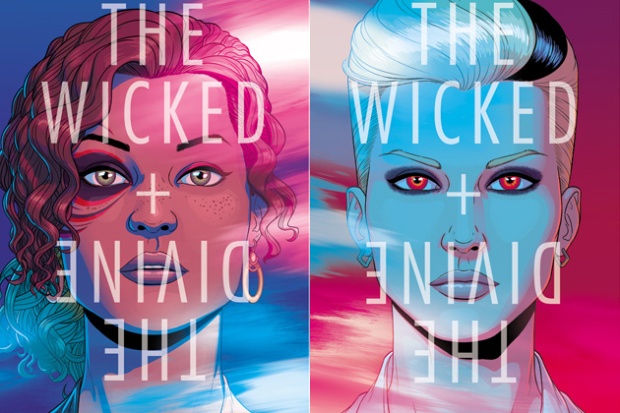 There are few things as pathetic for adults to engage in as the cult of personality. As a teenager, it’s expected–encouraged, even–to hang posters of pop stars and athletes on your wall. They are your heroes. They inhabit that nebulous world of fame that promises fulfillment and power, etc. But when you grow up, you pull back the veil and it turns out Justin Bieber is a turd and… Creed? (Yes, I had an actual Creed poster on my wall when I was in fifth grade. It’s my life. I wasn’t living it for you.) Image Comics’ latest release The Wicked + The Divine (heretoforth known as WD) finds that balance between idolizing these figures and understanding them to be human, but then tips it. Because in WD, the pop stars are actual gods.

In this world, 12 deities incarnate every 90 years as humans in order to live two years on Earth. Why? I’m not sure yet. But in 2014, they’re pop stars. Roll with it. Let’s touch on which gods we’re talking about, first of all. Is this going to be about a hip Jesus MCing a rap battle between Yah Boi Yahweh and Allah $? No. In the first issue we meet Ananke (Ancient Greek), Susanoo (Shinto), Amaterasu (Shinto), Sakhmet (Egyptian), and Lucifer. Try to guess which of those I didn’t have to Google. So, kudos to writer Kieron Gillen for exploring mythologies not often found in pop culture. Though the reader goes into the story knowing the gods are legitimate, Gillen doesn’t give the reader a god’s eye view. After an explosive introduction, we follow Laura, a 17-year-old fangirl of the gods (i.e. the teenage perspective in that balance I mentioned earlier). But, wisely, Gillen packs the deck with adult skeptics. A reporter accuses Amaterasu and the other gods of being “kids posturing with a Wikipedia summary’s understanding of myth,” and, more hilariously, accuses Amaterasu of being “a provincial girl who doesn’t understand how cosplaying a Shinto god is problematic at best and offensive at worst.” 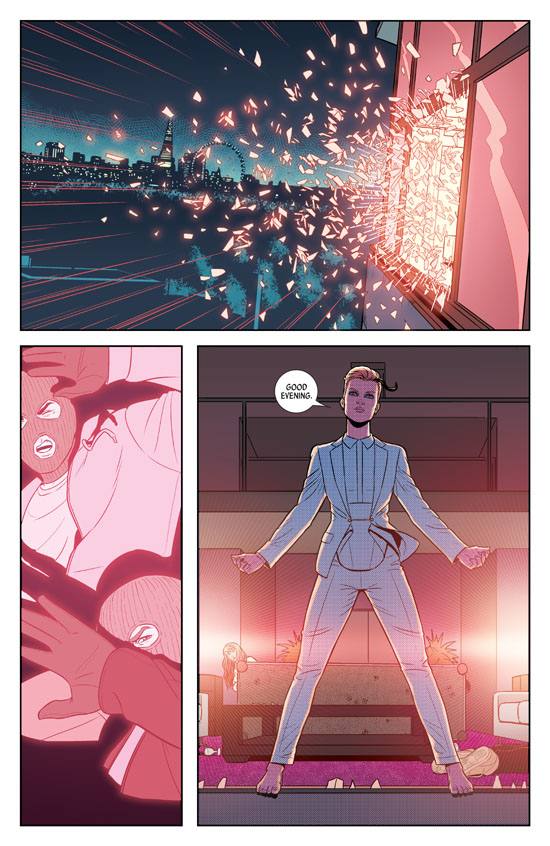 Throughout, the dialogue crackles with similar wit and character. But that isn’t the only aspect of the writing that’s on point. The scenes build and explode with heady pacing and smooth transitions. And, suggesting a great trust between writer and artist not often found in comics, Gillen never weighs down the art with unnecessary narration. It should be a major pet peeve of every comic reader when a panel that shows a man running from a bomb also has that man yelling, “I am RUNNING from a BOMB!”

The art matches the writing in quality. Whether or not you’ve read another McKelvie comic, you know intuitively that his art is practiced. The panels are arranged poetically, correctly, becoming denser or larger with the beats of action. Likewise, colorist Matt Wilson endows the panels with a versatile color palette capable of portraying violence, beauty, and fame. In this first issue, the really standout feature of the art is the character design. It is my suspicion that each character has a real-world analogue that may or may not have deeper significance. Amaterasu looks like the lead singer of Paramore going through a hippie stage. Sakhmet looks similar to Rihanna. And Lucifer (Luci, in this case) looks just like Pink. 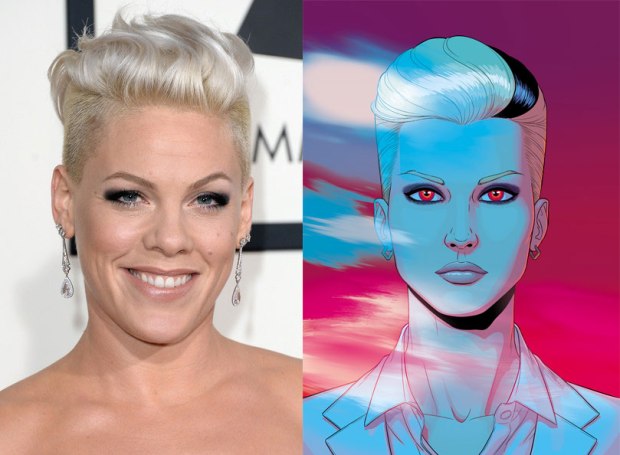 The promise this first issue shows isn’t in the premise or story, which is, in my opinion, sort of like American Gods (which I really didn’t like) but in how the story is told. Gillen and McKelvie are master storytellers, and the evidence is borne out in the details.

Yes, most definitely. This is an exciting new release, written with intelligence and wit.