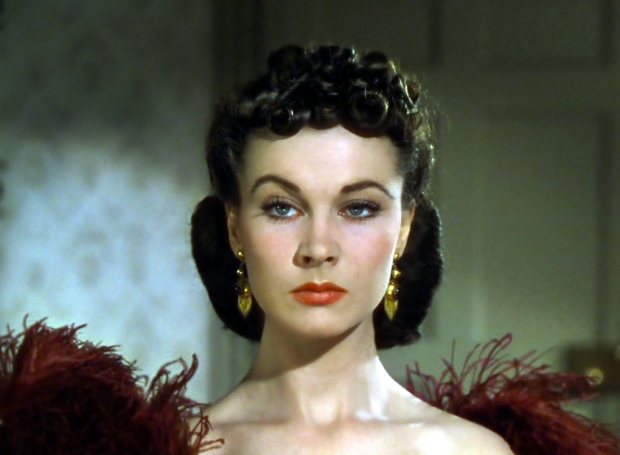 In “Worst Best Picture” we search every single Best Picture Oscar winner of all time from 1927 to present to uncover the worst of them all. Conventional wisdom says that 2005’s winner Crash is the worst winner in history. We won’t stop until we’ve tested every last one. Read the the first, our review of Crash, here. Posts will be relatively spoiler free, but there may be some details revealed. Today’s installment is the 1939 winner Gone with the Wind. Is it better than Crash?

History has both been extremely kind and extremely unkind to Gone with the Wind. It’s one of the most successful, well-reviewed films in American history, but it’s a film with a Wikipedia “analysis” section that includes “racial criticism” and “depiction of marital rape.” No matter what part of Gone with the Wind you’re talking about, you’re talking about something capital-I Important.

Gone with the Wind is one of the few “great” Best Picture winners that I’d actually seen before starting this, though it was years earlier. I was too young to understand the dynamic between Scarlett and Rhett. All I remembered was how terrible the burning of Atlanta scenes were (not wrong, there, young me) and how awkward the movie’s racial tensions were (the seriousness of which was definitely lost on teenage me).

When you watch Gone with the Wind in one sitting you are struck not just by the length — it’s the longest Best Picture winner ever, by a lot — but by how much of the film isn’t about “the film.” Even aside from overtures and extended credit sequences that are relics of the time, there are huge sequences that don’t advance the plot. The cast of 20 or 30 relatively major characters doesn’t help with that sensation, either.

Gone with the Wind gets rethought critically because it’s racist and sexist and honestly, a little dumb. Scarlett and Rhett are interesting, but most of the rest of the cast is made up of simple people with simple desires. That contributes to why some scenes feel like a slog. Sometimes you’re watching someone mad at Scarlett for marrying a shopkeeper and you feel like you maybe started the movie when you were a much younger person. Maybe you’ll never get to leave.

There’s not enough room here to talk about a movie with problems as complicated as Gone with the Wind, but I will say this: it is crazy to me that I have had as many conversations as I have in my life about this movie without talking about the drunken argument Rhett and Scarlett have. The racial depictions are downright awful, but you really need to see this scene again if you haven’t seen it recently. It’s unexpected and it’s foul. It’s really the only thing I’m sure I’ll remember about Gone with the Wind this time around. I’ve never seen anything like it in a “romance.”

The Best Part: The final fourth of the movie works as a stand-alone in a way. The time Rhett and Scarlett are actually married and trying to deal with it feels well-paced and interesting. There are monstrous parts and there are acidic exchanges, but the only part of Gone with the Wind that feels like what we know today as a complete story is this one.

The Worst Part: Where to begin? Race, sexuality, sex, marriage, family, money, war? There’s a lot going on in the world of Gone with the Wind, but there aren’t any real good messages here. There’s not enough time here to condemn it where it needs to be condemned, and that’s better left to better critics, anyway. For pure film, I’m going either Atlanta burning or the character who dies on a horse. Both would be less jarring in Gone with the Wind if they were anime.

Is It Better or Worse than Crash? How will history remember Crash? That’s a question I’ve pondered in this space before. I have to think that history will wonder what race relations in America were like in 2005, and they will look to Crash to find their answer. Just as The Apartment suffers because of modern opinions on mental health and Gentleman’s Agreement suffers because it is too simplistic with anti-racism, Crash and Gone with the Wind both suffer because they feel like sad products of sadder times. We want our world to be better now and we want our history to be better then. It wasn’t, to be sure, but Gone with the Wind is a little too gleeful about it. Crash is at least unhappy about the world it glorifies, though neither world is one I want to live in. Gone with the Wind is better, but the similarities are there.

Worst Best Picture Archives: Crash | Terms of Endearment | Forrest Gump | All About Eve | The Apartment | No Country for Old Men | Gentleman’s Agreement |12 Years a Slave | The Last Emperor | The Silence of the Lambs | The Artist | A Man for All Seasons | Platoon | The Lord of the Rings: The Return of the King | The King’s Speech | Rain Man | The Departed | The Bridge on the River Kwai | Marty | Gigi | It Happened One Night | Driving Miss Daisy | Shakespeare in Love | Wings | Midnight Cowboy | Rocky |