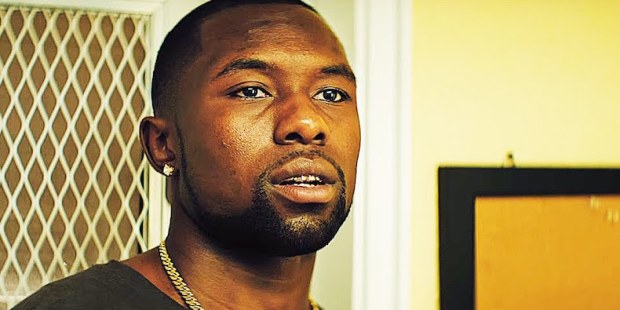 In “Worst Best Picture” we search every single Best Picture Oscar winner of all time from 1927 to present to uncover the worst of them all. Conventional wisdom says that 2005’s winner Crash is the worst winner in history. We won’t stop until we’ve tested every last one. Read the the first, our review of Crash, here. Posts will be relatively spoiler free, but there may be some details revealed. Today’s installment is the 2016 winner Moonlight. Is it better than Crash?

In the days and weeks after this year’s Oscars, it seems like there’s only one thing to talk about: that final award. People will write tons of posts about the botched delivery of the Best Picture award as La La Land was mistakenly announced before Moonlight correctly won the award.

That will last for a little while. These two won’t be tied together forever, though it’s easy to forget that since we’re in the moment. When you look at the other 88 movies on the list, you realize that these movies will be remembered despite what they beat. We’ve decided that the Academy Award is our benchmark for greatness, or memory, or both.

If for no other reason, that’s why Moonlight had to win. We aren’t in agreement over if the Oscars point out our best or our most memorable or what, but we all seem to agree that they’re important. La La Land has been divisive for a number of reasons, but it’s a pretty good musical that a lot of us can’t see ourselves in. Emma Stone and Ryan Gosling play “down and out” characters that really aren’t and lament failures that many of us would see as successes. They’re beautiful, talented, and surrounded by support. In a future where we’re increasingly dealing as a people with groups being marginalized and the cruelty of humanity, it doesn’t ring true that a message of “maybe 100% of your dreams won’t come true but that’s the worst that could happen” should be the moral of our Best Picture.

I liked a lot of what this year had to offer. Arrival is a new, if flawed, take on something that’s been done too many times. Jackie is a shocking portrayal of a story we all know. Manchester by the Sea is crushing, Lion is inspiring, and 20th Century Women is heartwarming in ways I didn’t expect.

But it all comes down to the contrast between the two big ones: La La Land and Moonlight. I really liked La La Land, but I’m still thinking about Moonlight. It’s the three-part story of Chiron, a character locked inside himself. His mother is abusive and addicted, his friends are mostly absent, and his closest confidant is a drug dealer who may or may not really have a heart of gold. It’s the kind of story we don’t see very often because in a lot of ways it’s one we don’t want to think about. It’s a story about survival in the face of absolutely nothing going right.

I won’t break the entire film down because it’s really about watching the growth. Chiron is a boy, then a teenager, then a man, but he’s always quiet and worried. No matter who he talks to, you can see his character playing mental defense during every conversation. His mother offers no relief, his friends have their own challenges, and Juan (Mahershala Ali, who won a Best Supporting Actor Oscar for his performance) is supportive and personable, but represents risks in his own way. Chiron can never let his guard down and the movie feels tense even in small victories as a result.

I’d be remiss to not mention that Chiron struggles with his sexuality. It’s a film about race as much as it is about sex, and while it isn’t shy or concerned about either topic, it’s told through Chiron’s eyes. His character obscures much of our view of his world, which allows the whole thing to unfold for us just how it would for someone going through it. We see hate and anger just as we do solitude and a mixed sense of finding yourself. It’s a lot to unwrap.

You should see both of them and you probably will. La La Land is going to be talked about for years and it deserves it. It’s a catchy, flashy musical with good performances and a slightly more complex message than I’m letting on, but it’s tough to compare it to Moonlight. In 1964 My Fair Lady beat Dr. Strangelove or: How I Learned to Stop Worrying and Love the Bomb and in 1951 An American in Paris beat A Streetcar Named Desire. All four of those movies are classics, but it highlights how strange it is to classify musicals in the same category as everything else. We just don’t often think of them like that, though the Oscars force us to do so.

The Best Part: The adult version of Chiron styles himself “Black” and drives a long distance to meet an old friend at a diner. The scene is longer than you’d expect and it plays with the idea of expectations. After so much time with both characters we think we know what’s going to happen, so the surprise of what does happen is all the sweeter. I remember pivoting over and over again in my head as I watched it and it surpassed everything I came up with.

The Worst Part: Naomie Harris said that she was worried about the portrayal of Paula, Chiron’s mom, as she’s introduced as just an abusive crack addict. Her performance definitely elevates the role and the arc is more interesting than previous iterations of this character type, but if I had to pick something it’s the initial version of Paula. It’s necessary for Chiron’s development as a character, but in a world full of people we’ve never seen before it can be odd to see a character type that’s been done so much.

Is It Better or Worse than Crash? Now that I’ve been caught up for a few years and am writing these yearly, it feels even more ridiculous to approach this question. The only nominee this year that had a real shot at dethroning the king Crash was Hacksaw Ridge, which made me mad in so many ways I can’t even begin to describe them all. Moonlight is a difficult, dark, sad movie that offers few moments of respite, but I still think it’s more realistic than Crash. They both tread the same waters and deal with the same fears, but Moonlight does so with respect.

Worst Best Picture Archives: Crash | Terms of Endearment | Forrest Gump | All About Eve | The Apartment | No Country for Old Men | Gentleman’s Agreement | 12 Years a Slave | The Last Emperor | The Silence of the Lambs | The Artist | A Man for All Seasons | Platoon | The Lord of the Rings: The Return of the King | The King’s Speech | Rain Man | The Departed | The Bridge on the River Kwai | Marty | Gigi | It Happened One Night | Driving Miss Daisy | Shakespeare in Love | Wings | Midnight Cowboy | Rocky | Gone with the Wind | Chicago | Gladiator | Cavalcade | The Greatest Show on Earth | You Can’t Take It With You | The Best Years of Our Lives | The Godfather | Casablanca | Grand Hotel | Kramer vs. Kramer | The French Connection | In the Heat of the Night | An American in Paris | Patton | Mrs. Miniver | Amadeus | Crash, Revisited | How Green Was My Valley | American Beauty | West Side Story | The Sting | Tom Jones | Dances with Wolves | Going My Way | The Hurt Locker | The Life of Emile Zola | Slumdog Millionaire | The Deer Hunter | Around the World in 80 Days  | Chariots of Fire | Mutiny on the Bounty | Argo | From Here to Eternity | Ordinary People | The Lost Weekend | All the King’s Men | Rebecca | A Beautiful Mind | Titanic | The Broadway Melody | The Sound of Music | On the Waterfront | Unforgiven | Million Dollar Baby | My Fair Lady | Hamlet | Braveheart | Oliver! | The English Patient | Lawrence of Arabia | Cimarron | One Flew Over the Cuckoo’s Nest | All Quiet on the Western Front | The Great Ziegfeld | Out of Africa | Schindler’s List | Gandhi | Ben-Hur | The Godfather Part II | Annie Hall | Birdman or (The Unexpected Virtue of Ignorance) | Spotlight | Moonlight