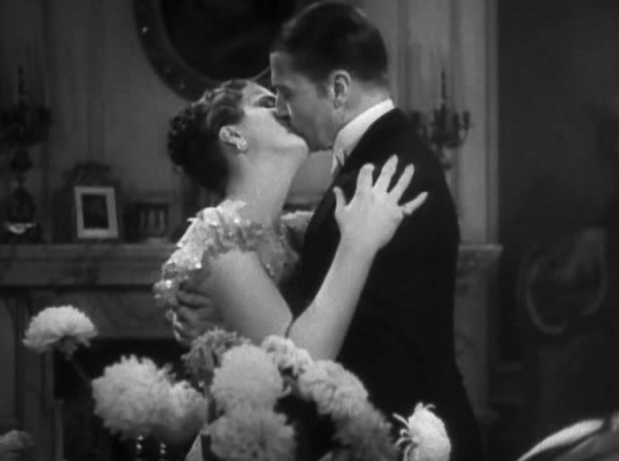 In “Worst Best Picture” we search every single Best Picture Oscar winner of all time from 1927 to present to uncover the worst of them all. Conventional wisdom says that 2005’s winner Crash is the worst winner in history. We won’t stop until we’ve tested every last one. Read the the first, our review of Crash, here. Posts will be relatively spoiler free, but there may be some details revealed. Today’s installment is the 1932/1933 winner Cavalcade. Is it better than Crash?

What’s the first “modern” movie that won an Oscar? What does that even mean? Cavalcade is a great place to start that discussion, mostly because it’s basically impossible to approach Cavalcade without engaging the fact that it’s nearly a century old.

Cavalcade is about a high society British family dealing with the events of the first 30 years of the 20th century. This involves a bit of history lesson at times, since an American in 2014 can be forgiven for not knowing the intricacies of the Second Boer War offhand. No one should be completely lost, though, because it eventually shifts to a love story about the Titanic and a dramatic climax involving World War I.

You can’t deal with Cavalcade the way you deal with Rain Man or Platoon. This is another world of movies, and it’s not really something you can judge by today’s standards. Cavalcade was the sixth winner — just a few years after the silent film Wings won the first Oscar — and it won in a generation where people wanted something entirely different out of a film. Lines are stepped all over, characters are never established, and huge diversions from the plot are common. That last one is the strangest trend about early Hollywood: everything made the final cut, no matter if it mattered for characterization, or the plot, or neither.

Cavalcade wanders around in a lot of ways, but it benefits from being the story of how a family changes through time. So, unlike the half-hour diversions in Wings, everything in Cavalcade is at least part of “the story.” A family experiences loss and a family grieves. Some of it is really strange — people just die in all of the early movies, it’s shockingly common for someone to just get hit by a truck or die in a plane crash or get shot — but it’s all part of a bigger thing.

I enjoyed it, largely. It won’t stick with me, and I know that because I watched it a week ago and I already am losing little bits of it. I feel like this is one of the few that’s on the fence for me. It’s a fine movie within the context of the 30s, but its one you can skip if you’re not a completionist.

The Best Part: There’s a haunting scene where soldiers are shown walking through time passing as they die in World War I. One of the most interesting terms in history is that of the “lost generation” in World War I. It means different things to different cultures, but the British use it to refer to the fact that nearly an entire generation of young men died at once. Cavalcade may not be an essential movie, but there’s no better way to illustrate that terrifying idea.

The Worst Part: You know how people sometimes say that Forrest Gump is a little silly because Forrest was “somehow” at every major world event in his lifetime? Well, that, but not a joke. There people really got the full British experience. Like, too much of it.

Is It Better or Worse than Crash? It’s tough to even compare these. Cavalcade makes absolutely no attempt to deal with race or class — it’s about early century London, so duh — and I still say no attempt at all is better than the one in Crash.

Worst Best Picture Archives: Crash | Terms of Endearment | Forrest Gump | All About Eve | The Apartment | No Country for Old Men | Gentleman’s Agreement |12 Years a Slave | The Last Emperor | The Silence of the Lambs | The Artist | A Man for All Seasons | Platoon | The Lord of the Rings: The Return of the King | The King’s Speech | Rain Man | The Departed | The Bridge on the River Kwai | Marty | Gigi | It Happened One Night | Driving Miss Daisy | Shakespeare in Love | Wings | Midnight Cowboy | Rocky | Gone with the Wind| Chicago | Gladiator | Cavalcade |