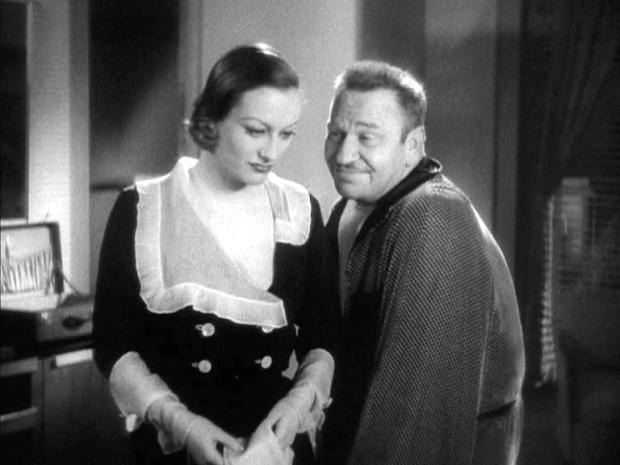 In “Worst Best Picture” we search every single Best Picture Oscar winner of all time from 1927 to present to uncover the worst of them all. Conventional wisdom says that 2005’s winner Crash is the worst winner in history. We won’t stop until we’ve tested every last one. Read the the first, our review of Crash, here. Posts will be relatively spoiler free, but there may be some details revealed. Today’s installment is the 1931/1932 winner Grand Hotel. Is it better than Crash?

You aren’t going to watch Grand Hotel unless you’re watching all 86 of these. There’s just no other reason to see it now.

It Happened One Night won the seventh Best Picture award in 1934 and earned a spot in the canon of romantic classics at the same time. It’s the first winning film that you might have cause to see on your own. The rest of the early winners, Grand Hotel included, are strange looks into 30s Hollywood. They’re fascinating in a way, but they don’t hold up in the way we think of “stories” today. Just as the audience in 1931 wouldn’t have known what to do with No Country for Old Men, we don’t really know what to do with the busy, crazy, dramatic Grand Hotel.

A brief plot summary is probably required. Grand Hotel apparently was the first movie where a lot of characters interacted with each other without realizing they’re all connected. It gave birth to the term “grand hotel theme” which describes just such a story. In Grand Hotel itself, the characters are all at the finest hotel in Berlin for various reasons. One man is dying of a mysterious disease, a businessman is trying to close an important deal for a merger, a performer is in hiding, and a jewel thief is, well, thievin’ jewels. They all are connected, and the movie’s whole point is to show the audience how.

This is old Hollywood at its old-Hollywood-est. It’s a crazy story that likely works well as a play but doesn’t make a ton of sense as a film. It’s not really fair to judge the original for the crimes of the copycats, but “thief with a heart of gold” and “performer who is tired of her fans” are well worn tropes at this point. The industrialist businessman is ridiculous. The dying man is a full-on cartoon character brought to life. The cast is too “big” and too crazy and the story itself isn’t interesting enough to hold together for two hours. It’s hard to even nail down what the right complaint is about Grand Hotel, because once you pull on any thread you unravel how you feel about all of it.

The Best Part: Lionel Barrymore plays Otto Kringelein, the man dying of a mysterious illness. He’s best known as the villain in It’s a Wonderful Life, but he’s best known in this series as the most insane part of You Can’t Take It With You, which is saying a lot. Kringelein is a fascinating character, and Barrymore clearly decided that he was just going to be a crazy motherfucker for two hours. Greta Garbo is in this, but she’s reasonably forgettable. Even if you hate Grand Hotel, you’re going to remember Barrymore slamming champagne and yelling as Kringelein.

The Worst Part: Wallace Beery’s General Director Preysing (pictured above). He’s the factory owner that hates all the simple folk that work in his employ. He’s clearly supposed to be the “villain” of the movie, so much as it has one, and they don’t really work to make him anything else. Only Gladiator has a less complicated antagonist, and since that’s the problem with Gladiator (well, it’s one of the problems) it’s also the problem here.

Is It Better or Worse than Crash? These just aren’t the same thing. It’s like asking if green is more than eight. It’s hard to compare the idiotic message of Crash (trust no one! everyone is evil! beware the OTHER! learn nothing!) and the device of Grand Hotel (what if, like, we’re all connected?), but since I forced myself to do it, I’ll do it. They both feature people who wake up at the start of the movie determined to be a bastard — John Barrymore in Grand Hotel, Matt Dillon in Crash — who redeem themselves for questionably relevant narrative reasons. They both fall apart if you look at them too closely, but for Grand Hotel it’s because it came out literally three years after the invention of sliced bread. For Crash it’s because Crash is terrible.

Worst Best Picture Archives: Crash | Terms of Endearment | Forrest Gump | All About Eve | The Apartment | No Country for Old Men | Gentleman’s Agreement |12 Years a Slave | The Last Emperor | The Silence of the Lambs | The Artist | A Man for All Seasons | Platoon | The Lord of the Rings: The Return of the King | The King’s Speech | Rain Man | The Departed | The Bridge on the River Kwai | Marty | Gigi | It Happened One Night | Driving Miss Daisy | Shakespeare in Love | Wings | Midnight Cowboy | Rocky | Gone with the Wind| Chicago | Gladiator | Cavalcade | The Greatest Show on Earth | You Can’t Take It With You | The Best Years of Our Lives | The Godfather | Casablanca | Grand Hotel