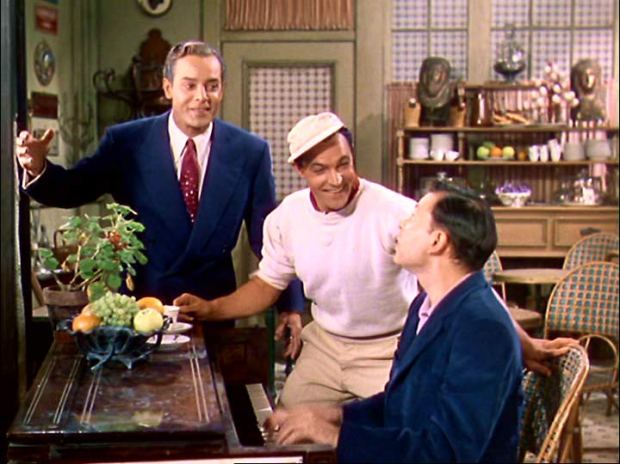 In “Worst Best Picture” we search every single Best Picture Oscar winner of all time from 1927 to present to uncover the worst of them all. Conventional wisdom says that 2005’s winner Crash is the worst winner in history. We won’t stop until we’ve tested every last one. Read the the first, our review of Crash, here. Posts will be relatively spoiler free, but there may be some details revealed. Today’s installment is the 1951 winner An American in Paris. Is it better than Crash?

“Well, you do hate musicals.”

I cannot tell you how many times people have told me this supposed fact about myself this year. If you hate a musical, you apparently hate all musicals. This isn’t true for any other damn genre — I hate Crash, if you haven’t picked up on it, but I don’t hate everything vaguely like it — but it’s apparently true for movies with singing and dancing in them.

I don’t! I swear I don’t! I even liked Gigi, and Gigi was BuzzFeed’s worst Best Picture winner ever. I thought it was charming, if a little misguided with regards to message. I mean, you can only sing “Thank Heaven for Little Girls” so many times before it starts to sound odd. But as for other musicals, I think I like most of them. I like the ones everyone likes. I kinda hated Moulin Rouge!, but I saw that as a 15-year-old. It never stood a chance.

I’m now at the age where I assume that if I hate something out of my comfort zone, I’m the asshole. I assume that the problem is genuinely with me. I assume that I simply haven’t given myself over to the experience; I haven’t said yes to life. I decided that I was going to say yes to George Gershwin and Gene Kelly.

The result? Did I love An American in Paris? No. I powered through An American in Paris the way someone watches the reset episode of a drama they like. I made it to the credits because I wanted to see what was next. I probably wouldn’t have even finished it if not for this project, but then, that’s the whole point of the thing.

In An American in Paris, Gene Kelly has to dance a lot to delight children, win over a young woman, and discuss love with his friends. There’s a lot of dancing in this movie, which is sort of like saying a restaurant has a lot of food, but I really have to express to you just how much damn dancing is in this movie. There is an entire quarter of an hour of dialogue-less dancing in this film. In a movie that clocks in under two hours, that feels crazy. Gene Kelly is the best there ever was at what he does, but make damn sure you want to see a ton of it.

There is so much music in this — a musical with the creation of music as a story element is laying it on pretty thick — that some songs are interrupted by other songs. A traditional musical would interrupt a story element to cut to a musical number, but An American in Paris interrupts its own music for more music. You got your musical in my musical!

But Gene Kelly is Gene Kelly, so some moments are just “magical” enough to work. He performs “I Got Rhythm” while French children crowd around him and form a call-and-response group. That part really sticks with me, and it’s apparently the only song from the film to make AFI’s top 100 songs from film list. The love is love. It’s not annoying. Maybe I don’t love musicals, but I certainly don’t hate them. I’m lukewarm on the sprawling, ridiculous An American in Paris because I’m not very interested in what it has to say, not because I hate the whole genre.

It’s kinda fun, isn’t it? The French kids don’t know any English beyond what they say in the song, either, so now you know that.

The Worst Part: “Risky” is as nice of a word as I can use to describe the ending. I hate this ending. I hate, hate, hate it. It’s not spoiling it to say it ends with a “daydream” sequence that plays out as a ballet. I know it’s iconic and it’s exceptional and dazzling and all that, but it’s exactly what people think of when they say they “hate musicals.” West Side Story is three hours long and nothing in it feels as shoehorned in as the ballet here.

Is It Better or Worse than Crash? I’m not a big fan of this one, but I don’t think it would even make my bottom five. The visuals are bright, the characters are fun, and the dancing can’t be beat. I found myself really in love with moments of it, but it couldn’t keep me hooked from start to finish. Only the ballet really bored me, and that brings this all back to a debate had often in this space: is it better to be terrible or boring? We’re rapidly approaching the halfway mark here, and we’re going to have to find a good answer for that by then. I’ll say An American in Paris is better because the highs are much, much higher, but I was just about as angry at that ballet as I was at some of the mild awfulness in Crash. Nothing comes close to that police chase scene in Crash, though, so Crash retains the top (bottom?) spot in a walk.

Worst Best Picture Archives: Crash | Terms of Endearment | Forrest Gump | All About Eve | The Apartment | No Country for Old Men | Gentleman’s Agreement |12 Years a Slave | The Last Emperor | The Silence of the Lambs | The Artist | A Man for All Seasons | Platoon | The Lord of the Rings: The Return of the King | The King’s Speech | Rain Man | The Departed | The Bridge on the River Kwai | Marty | Gigi | It Happened One Night | Driving Miss Daisy | Shakespeare in Love | Wings | Midnight Cowboy | Rocky | Gone with the Wind| Chicago | Gladiator | Cavalcade | The Greatest Show on Earth | You Can’t Take It With You | The Best Years of Our Lives | The Godfather | Casablanca | Grand Hotel | Kramer vs. Kramer | The French Connection | In the Heat of the Night | An American in Paris