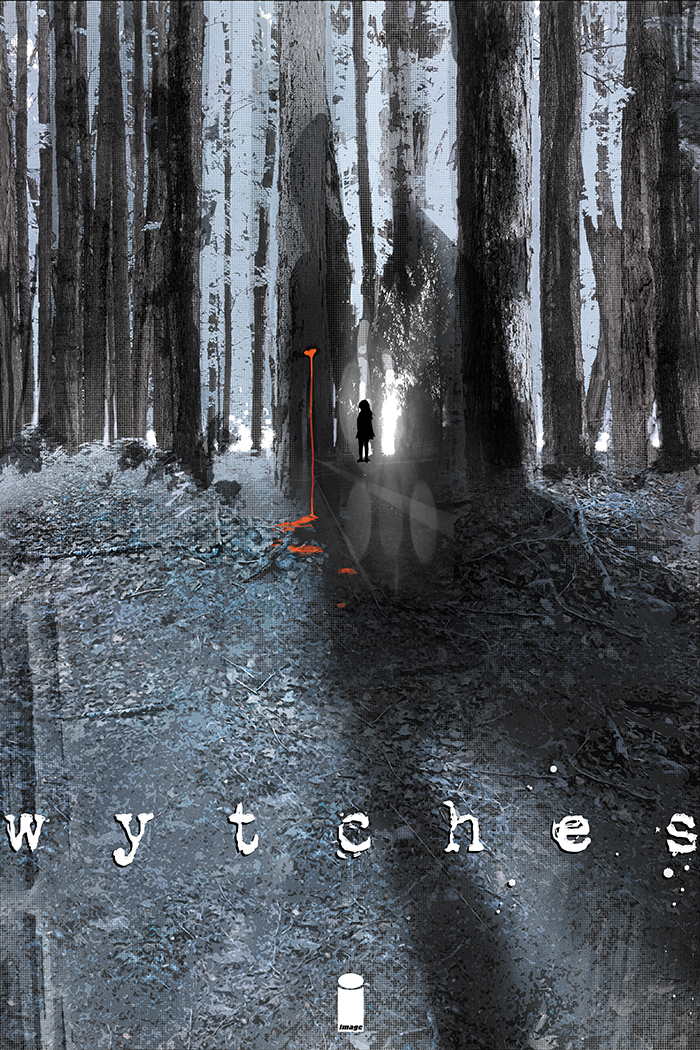 Disclaimer: I missed my opportunity to write about Wytches the week it came out because I was on vacation. I’ve been waiting for this comic all year, though, so I’m going to break my own newly-released comic rule. You can berate me in the comments. I can take it. (Full disclosure: I can’t take it)

What Scott Snyder wants you to know right off the bat is that Wytches won’t have anything to do with the witches of popular lore. He cleverly shows this in the first two pages. On the first page is the definition for “witch,” and the second page shows that definition scratched out. His point: abandon all preconceived definitions here. That’s also probably why he spelled it “wytches,” though he could have just misspelled it. Jury’s still out on that.

Issue #1 focuses on a horror movie trope as old as time. The Rooks family, running from their dark past, moves into a new house in a new town, only for that past to outrun them. Our teenage female protagonist’s name is Sail (full name Sailor). It’s more likely an implication that she’s the “sail” of the metaphorical family ship that keeps it moving forward, but all I could think of was that cat video…

The dad reads like a Jack Torrance for the 21st century. He’s a great father to his daughter, a great husband to his wife, a writer–though of comics rather than novels–and very good under pressure. He’s certainly the lynchpin for this family. A character this noble must have flaws, though, and by the end of issue one, Mr. Rook’s cracks begin to show. He has a short fuse, which is a little too close to the Jack Torrance mold for him to be his own unique character, but whatever. However, since the mother is in a wheelchair, could we conclude that the father’s short fuse put her there? Jury’s out on that, too, though that would be a wonderfully dark twist.

The part of their dark past that we do find out about in this first issue is that Sail (SAIL!) witnessed a bully get shoved through a tree hollow. 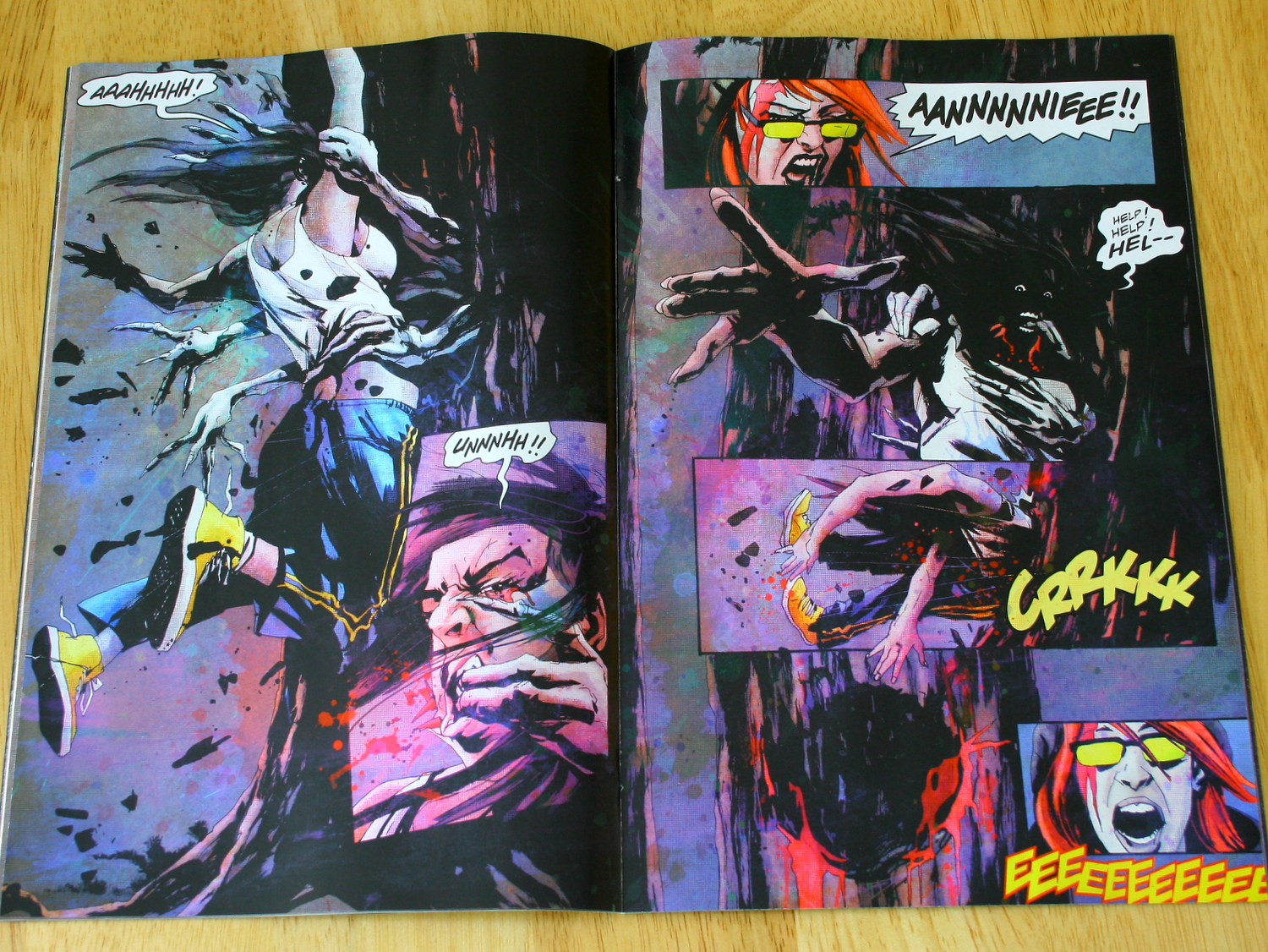 Did I mention that this comic is creepy? Everyone believes that Sail killed the bully, thus why the family moved to a new town. Obviously, Sail is more than a little shaken up by all this.

One of the worst mistakes a horror writer can make is to play their story heavy handedly. The creepier the horror, the greater need for a humorous or light counterpoint. Snyder does this well via the fun-loving Mr. Rooks and a couple of well-planted details that give the story authenticity. For example, one of Sail’s new classmates warns her of their teacher’s knack of “dick brushing” students–what happens when someone passes behind you in a crowded room and “accidentally” brushes you with their dick. This is the perfect way to bring us out of the horror for a moment before Snyder thrusts us back in.

The art team’s efforts are sharp, layered, and studied. Jock lays the groundwork with effortlessly composed panels of razor sharp inks, while Hollingsworth uses a multimedia approach to his colors. In the girl-shoved-through-the-tree scene above Hollingsworth blends moody greens and bruised purples to emphasize the primal violence seen in Jock’s drawings. In the scene below, Hollingsworth matches nauseating yellows and greens to the visceral mood of the scene. 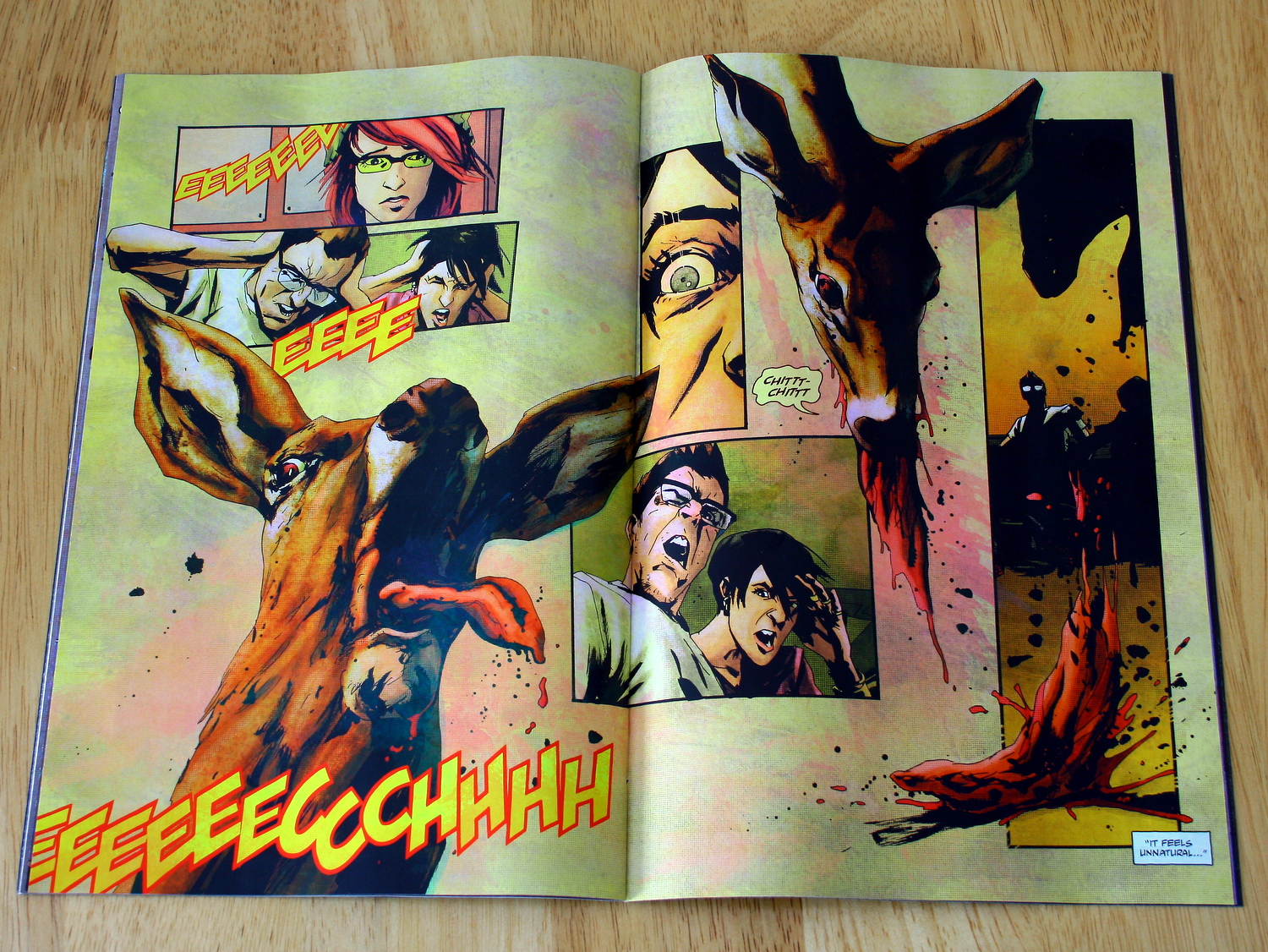 Speaking of deer sneaking into your house and vomiting viscera on the carpet, Snyder manages to lay the groundwork for a theme that I’m partial to in horror movies: nature is evil and will intrude the shit out of our puny civilization. It’s epitomized by the woods, deer, and, of course, the wytches. As we soon see, the wytches in this title are closer to the monster in The Blair Witch Project than the double, double, toil and trouble witches of popular lore. But unlike Blair Witch, which derived its power from withholding what the monster looked like, Wytches reveals the monster by the end of issue #1. Though the monster is terrifying, it does seem like the wizard reveals himself too soon. In spite of this, issue #1 leaves us with more questions than answers, and that will certainly keep us reading.

Though Snyder employs nearly all the horror movie tropes in this first issue, he delivers a truly creepy, character-driven story that promises a new twist on an antiquated monster. This is a must-pull.